Brad Scheer became the talk of the under 18 world last Wednesday night when he handed the Allies their first win of the NAB AFL Under 18 Championships courtesy of a right foot banana from the boundary. Don’t take our word for it, check out the video below.

It was a couple of big days for Brent Staker last weekend. On Saturday, he was in black and white kicking three goals in the Western Magpies big win over Wilston Grange, but the day before, was in Perth, celebrating the 10 year reunion of West Coasts 2006 AFL premiership. No doubt he’s hoping that he will be celebrating another premiership in a few months, and they way the Magpies are playing at the moment, that’s more than possible. 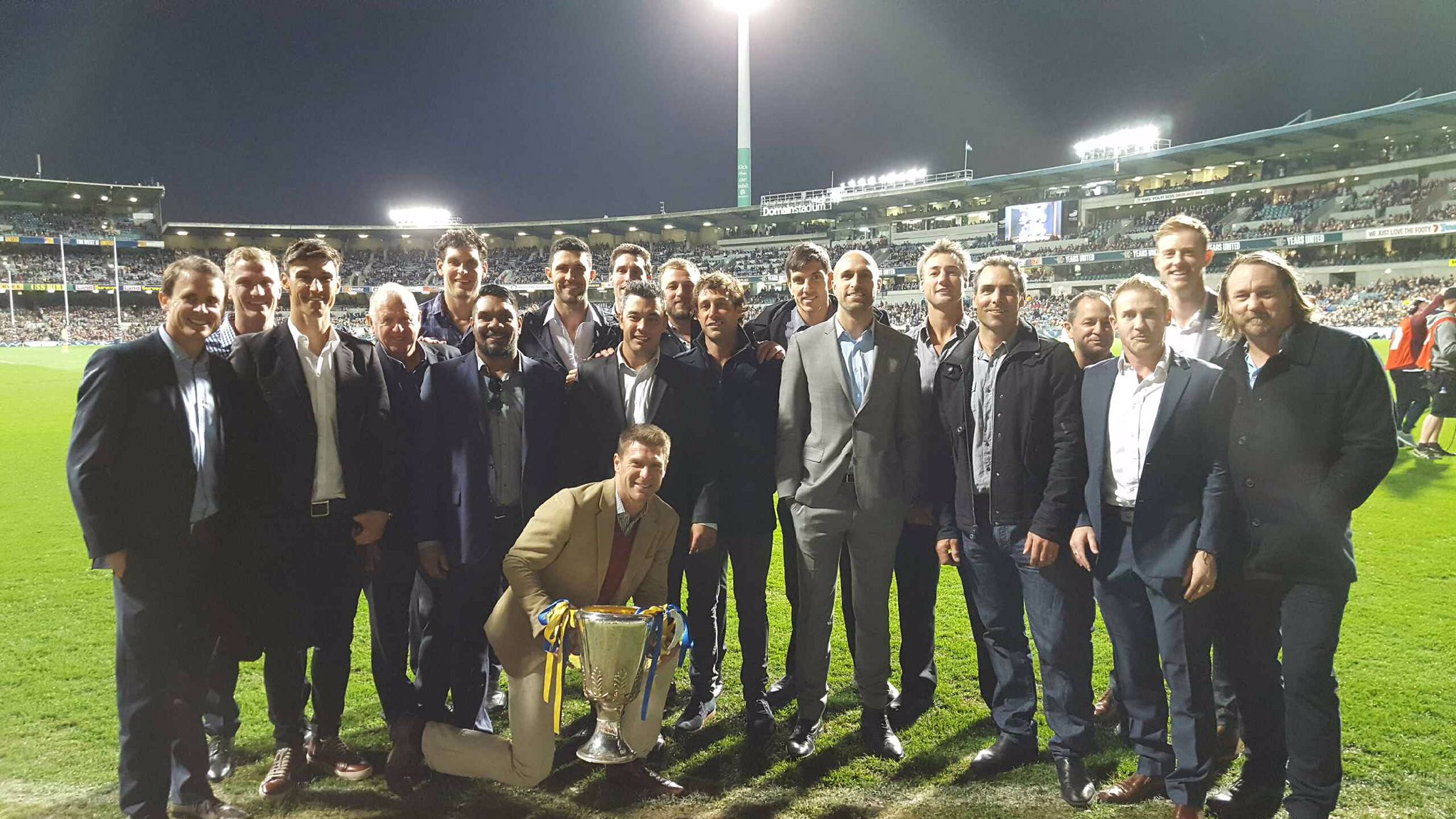 When Wilston Grange celebrated Homecoming Day two weeks ago, they paid homage to co-founder of the club, George Hall. A week later, his great grandson, Jackson Hanley made his senior debut. It seems Hall’s influence continues on the field as much as it does off.

Umps on show
It’s not just our Queensland Under 16 team on at the National Championships; four of our umpires will be representing the state during the championships as well.  Field umpires Andrew Adair and Chris Melin, boundary umpire Nic Swanson, and goal umpire Matt Bridges will all don the green across the four days on the Gold Coast.

Kenmore and Coolangatta will help celebrate National Aborigines and Islanders Day Observance Committee (NAIDOC) week this Saturday in their QFA South game.
Not only will both teams be wearing an Indigenous jumper, the day itself at Kenmore will include Indeigenous stalls/art, a jumping castle and face painting for the kids, and live music after the seniors. How good do the jumpers look below!

We all know that footy trips are funded by fines, and every dollar counts. One close to our hearts is the media fine. That’s why the message we received on the QAFL Facebook page yesterday was so great. This Palm Beach player, who will remain nameless, asked if we could feature Jarryd Douglas’ hanger on the page again, so that they could bump up their footy trip funds. Hope this counts as a media fine, anonymous!