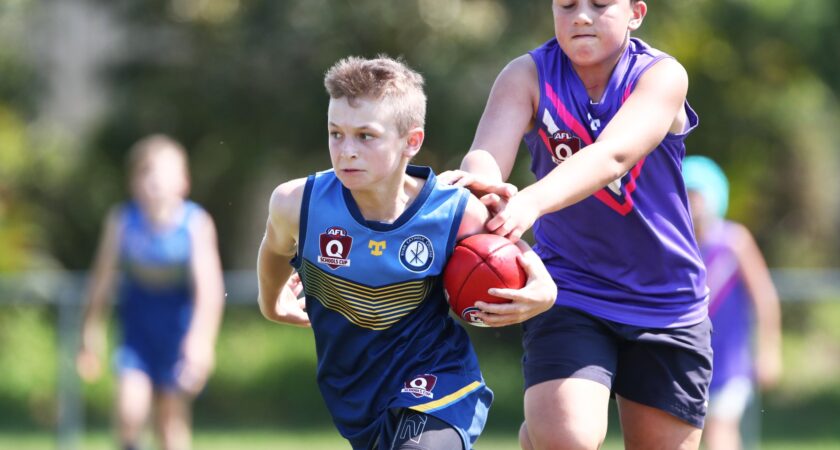 More than 12,000 participants have taken part in the 2021 StreetSmarts AFLQ Schools Cup making it the most successful year of the state-wide competition since it began in 2016.

Over the last six months we’ve seen 270 schools and 606 teams take part in gala days from Byron Bay to Cairns, with schools progressing into their respective regional finals.

It all culminates in the state finals to be held on the Sunshine Coast in October.

We are now down to the pointy end of the competition with only 38 schools and 85 teams remaining across the various divisions.

23 of those teams will compete in the North Queensland Championship kicking off today in Townsville, with the winners of the six divisions booking themselves a spot in the October finals.

Villanova College will also proceed to the primary male final gala day after an outstanding performance in this year’s AIC competition.

“We look forward to a competitive finals series and crowning our new state champions,” he said.

The StreetSmarts AFLQ Schools Cup has developed some of the state’s best young talent including recent Gold Coast SUNS draftee Teagan Levi along with her sister Maddison Levi, Jade Ellenger, Serene Watson, Connor Budarick and Matt Conroy who have also been drafted to the Brisbane Lions and Gold Coast SUNS.