Ten Queenslanders to play in NAB AFLW U18 All Australian game 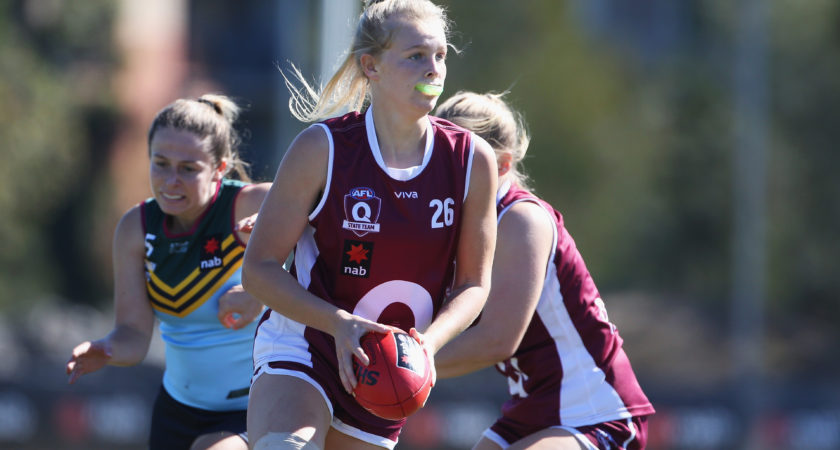 Queensland will be represented healthily in the NAB AFL Women’s Under 18 All Australian representative match this Friday night.

In total, ten Queenslanders have been invited to participate in the clash which pits the Allies against the Victorian team at Adelaide Oval in three days’ time.

Having already been nominated for the NAB AFL Draft Combine after starring in the Under 18 National Championships last month, Bond University ruckman Lauren Bella, University of Queensland midfielder Nat Grider and Wilston Grange midfielder Jacqui Yorston have all been named in the showdown.

Six of the ten Queenslanders that will feature in the game, with the exception of Grider, Yorston, Watsons and Hammans, are all existing members of the National High-Performance Academy.

The Under 18 All Australian match aims to pit the country’s best underage female footballers against each other one last time in the lead up to the NAB AFL Women’s Draft.

The draft will take place at Marvel Stadium in Melbourne on Tuesday, October 23 with the first pick commencing at 12pm.

The Brisbane Lions currently hold picks nine, 22, 33, 44 and 55 in the national draft after finishing the 2017 AFL Women’s season in second place.

The NAB AFLW Draft is state-based. Players nominating for the Draft must elect which state the wish to play. The nomination period opens on Monday, September 3.

The 2018 NAB AFLW Draft will be streamed live on afl.com.au, the AFL Live app and the AFLW app.