Tadhg Kennelly named coach of Allies for U18 Champs 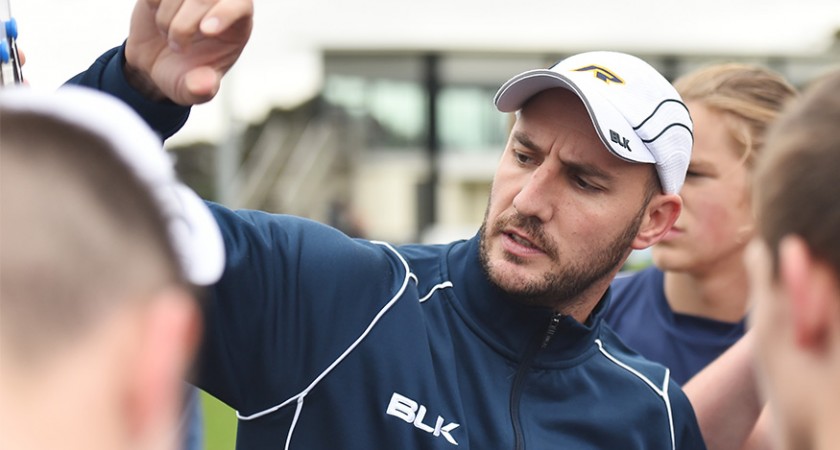 The AFL today announced former Sydney Swans star Tadhg Kennelly will assume the role of head coach of the Allies, which will compete in Division 1 of the 2016 NAB AFL Under-18 Championships.

The Allies, comprising players from NSW/ACT, Queensland, Tasmania and the Northern Territory, will join Vic Metro, Vic Country, Western Australia and South Australia in Division 1 of the 2016 Championships.

The five teams will play four matches each during June in 2016 (fixture attached).

A veteran of 197 AFL games, Kennelly was an integral part of the Sydney Swans’ premiership team in 2005, becoming the first Irish-born player in the modern era to be part of an AFL Grand Final winning side.

The highly talented defender began his coaching career while still playing with Swans, taking up a role with the Club’s Academy.

Since his retirement, Kennelly has assumed a range of coaching roles, including head coach of the NSW/ACT Rams and NSW/ACT Under-16 and Under-18 Academies, and acting as an assistant to Alistair Clarkson with the Virgin Australia International Rules side.

The inclusion of the Allies in Division One of the NAB AFL Under-18 Championships will provide an opportunity for Australia’s best talent to go head-to-head and press their claims for selection in the 2016 NAB AFL Draft.

AFL Talent Manager Kevin Sheehan said the AFL was thrilled to appoint Kennelly, who would oversee the best players from Queensland, NSW/ACT, Tasmania and Northern Territory.

“It’s a wonderful step forward for our the national talent programs to see the very best players selected from Division 2 come together under the banner of the Allies and test themselves against elite Under-18 players in Victoria (Metro and Country), Western Australia and South Australia.

“Tadhg has proven himself in the role of NSW/ACT Under-16 and Under-18 coach as a great developer of young talent and he will be ably supported by Adrian Fletcher (Queensland Under-18), Adam Sanders (Tasmanian Under-18) and Andrew Hodges (Northern Territory Under-18).

“NAB AFL Academy coach Brenton Sanderson and AFL Talent Football Manager Mick Ablett will head up the selection of the Allies, along with state and AFL club personnel.”

The Allies Squad will be selected following the completion of Division 2 of the NAB AFL Under-18 Championships in May.

The NAB AFL Under-18 Championships is part of the NAB AFL Rising Stars Program, which supports grassroots players and football communities, and helps young Australians fulfil their dream of playing in the AFL.
2016 NAB AFL U18 Championships fixture