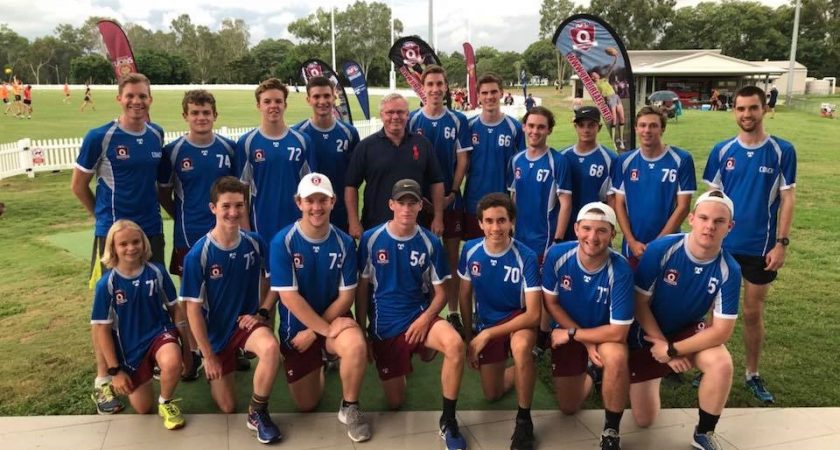 Umpires were chosen from across the state to begin the trial process in October 2017.

The trialling umpires trained twice a week throughout the off-season to improve their fitness and demonstrate to Academy Coach Aaron Hall they have the desire to become an elite umpire.

The academy aspirants trained alongside the NEAFL and QAFL elite umpiring group during the pre-season, testing themselves against the best in the state on the track.

The main fitness test for NEAFL field umpires is a 3km time trial, the benchmark time being 11 minutes and 15 seconds.

This being the final litmus test for the academy hopefuls. Six of the academy umpires ran sub 11 minutes and most ran personal best times which is a testament to each individual.

Hall highlighted one example of many of the dedication and effort put in by all during the rigorous trial process.

“We have seen amazing commitment from the squad towards reaching their fitness potential. It has been aggressive in their hunger to improve,” he said.

“Throughout the pre-season trial we held 3 x 3km time trials. Umpires set their own target times for the first two attempts. For the major time trial in February, the coaches set challenging target times, personalised to each individual.

“This is a 28 second PB, which is an extraordinary achievement. This is just one example of incredible improvements throughout the squad.”

In 2018 Justin Lillecrapp (Academy Talent Coach) will assist Hall in providing state academy umpires with the necessary tools and knowledge to succeed in 2018 and beyond.

With season 2018 fast approaching, it is sure to be an exciting year for rising umpiring talent in Queensland.

The shirts have a heritage number for each umpire dating back to the introduction of the revamped program in 2014.

Recently promoted AFL rookie listed umpire, Andrew Adair, was the first umpire in the revamped program. Adair’s rise and Alex Whetton’s recent promotion to the AFL list gives umpires in the academy a clear illustration of the pathway to achieving their goal of umpiring AFL football.