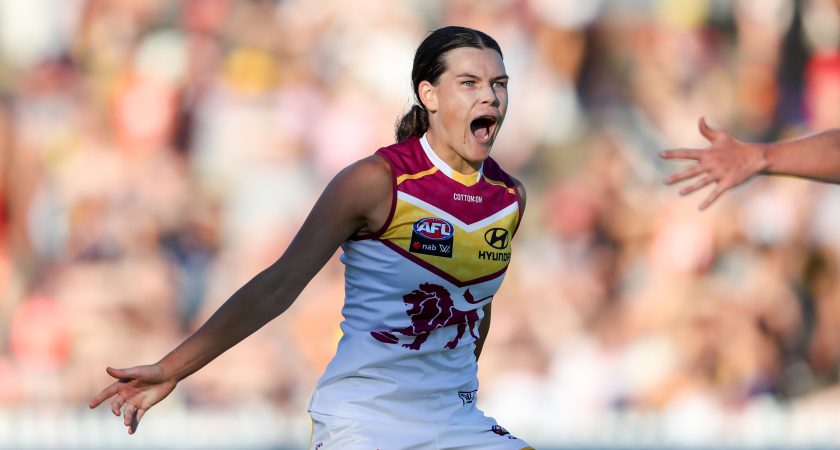 The Brisbane Lion’s Sophie Conway has been announced as one of the Round 3 NAB AFL Women’s Rising Star nominees after her influential performance in her side’s 22-point victory over Carlton at Ikon Park on Saturday.

The forward gathered eight disposals in the game, including two fourth-quarter goals to secure the Lion’s second victory of the season and eventual return to the competition’s top spot.

Despite promising talents in hockey as an Under-18 Queensland representative, Conway decided football was where her sporting future lied and since making her debut for the Lions in Round 1, has been a consistent threat inside 50.

“It’s a privilege to put on the Lions guernsey. To do the guernsey proud on the weekend is an awesome feeling. To get the Round 3 Rising Star nomination is an ever-greater privilege,” Conway said to lions.com.au.

“Last year I was challenging both AFL and hockey. At the end of the day, I was never going to say no to the opportunity of football and I have no regrets at all.”

Conway was selected with pick 45 in the 2017 AFL Women’s Draft from Zillmere in the QWAFL and has featured in all three Brisbane games this season, kicking three goals.