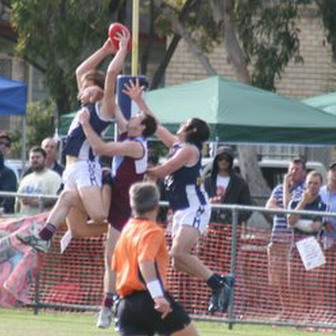 The second Semi Final at St Lucia will see the two favourites for the flag face off in what could bea preview to Grand Final day in two weeks time.

Coorparoo were able to account for Kenmoreby fourteen points in the Qualifying Final and showed exactly why they will feature heavily in the upcoming weeks, the Kings took a little while to get going but went into the main break with a one goal lead.

In the second half Coorparoo showed their class, running effortlessly through the midfield and creating plenty of chances in the forward half.

A highlight of the Kings game was their ability to provide support to the back six and limit scoring opportunities. This will need to be a feature of their game that continues to improve as they face the most attacking side in the competition this week.

The UQ Red Lions will be well rested after their week off and ready to come out firing against a Coorparoo side that has already shown its worth in this year’s finals series.

UQ will look to use deadly weapons Jared Prakelt, Luke Wray and Brad Percy to create plenty of scoreboard pressure, while influential defenders Nick Kent, Daniel Lewis and Matthew Stewart should continue their fine year with plenty of run off the half back line.

For the Kings, ex-Morningside player Sandy Hampson should play an important role in the result of this match, as will Captain Ben Cowan who will want to put some goals on the scoreboard and influence the game in a big way.

Only two weeks ago these two teams played with a nine point win to the Red Lions.

In round nine just thirty two points separated the sides after the final siren when UQ took the win.

There will be many key matchups around the ground that will determine who gets a Grand Final berth this week in a game that has all the makings of the biggest blockbuster of the season so far.

Head to Head This Year:

Kenmore will have a chance to redeem themselves against Aspley Hornets this week as they look to avoid bowing out of the finals race in straight sets.

The Bears will have to travel to Kianawah Road for Saturday’s match.

Last week the Bears were dealt a lesson in finals footy as Coorparoo put on a clinic and finished with a 14 point win.

Kenmore lacked any real strike power up forward in the second half and were unable to put scoreboard pressure with wayward kicking .

The two goals to one second half wrapped up what was a disappointing outing in a crucial game, with the result now being a do or die semi final against the in-form Hornets.

Last week the Hornets disposed of Wynnum in emphatic fashion with the help of an incredible 17 goal second half.

This was due largely to the likes of Blake Hynes and Steve Jackson who had twelve goals between them, while Joe and Andrew McElroy kicked three each.

Aspley had five other goal kickers on the day and was well served by Dave Noble.

Lachlan Harris and Steve Jackson continued to show their late season form to impact the game at different stages.

The two sides have shared the points so far this year, with the Hornets winning by 7 points in their last encounter of the regular season only four weeks ago.

The inconsistent second half of the year will make it tough to predict whether kenmore will produce what they are fully capable of or simply repeat the performance from last week, but Aspley should be confident following their continued signs of improvement.

Head to Head This Year: