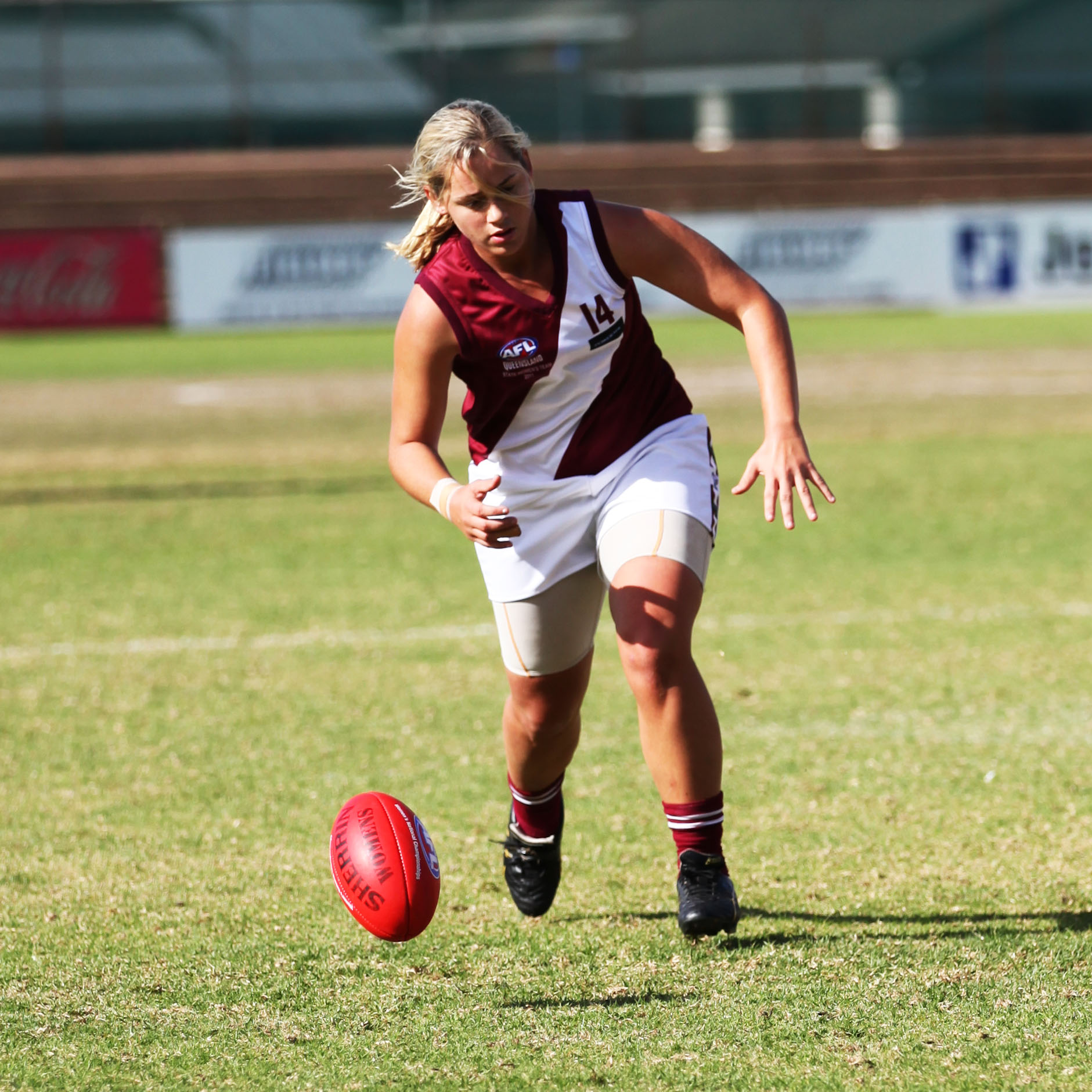 In the lead up to the 2013 Allied Pickfords season opener on April 20, we asked some footy people why they’re excited for round one. First up: Women’s league player Cleo Davis.

Gold Coast footballer Cleo Davis is more anxious than most for the 2013 footy season to begin.

Davis, 20, has just recovered from a severe ankle injury suffered in the 2012 State Championships in Cairns last May.

Finally finishing her physio two months ago, Davis said she could not wait to get back out there when the women’s comp starts on April 13.

Davis started in Auskick as a youngster and played her junior footy at Surfers Paradise, before joining Palm Beach Currumbin in the club’s inaugural season last year.

“I’ve definitely got a bit of built-up tension.”

Davis is excited to get back into football this season and, most importantly, get through the season unscathed.

Davis’ love for footy extends beyond her playing time, with the young gun already working with the AFL on the Gold Coast.

In her third year of a Business/Commerce degree, Davis is keen to establish a career in sport.

Asthe start of the footy season gets nearer, skills start to replace fitness at training, which Davis said makes it feel more real.

“It gets you a bit more motivated,” Davis said.

“You get bored of just running around.”

As for her favourite part about the game, Davis said it was  hard to beat a sport that involved so many people.

“You get to play with 18 other girls on the field. There’s not many other sports you can do that with.”

“You also need a lot of skills and a lot of precision to play at a good level.”

Davis will be striving to make the Queensland side for this year’s nationals in Cairns in June.

The first  SEQ women’s league fixture is on April 14.