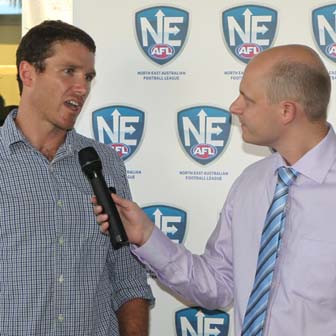 Ryan, who controlled the big Broadbeach-Southport derby in the NEAFL northern conference last Sunday, has received a call-up earlier than anticipated after being elevated to the senior AFL panel only a fortnight ago.

Ryan will be one of the three field umpires in charge of the Western Bulldogs-Gold Coast Suns clash at Etihad Stadium tomorrow.

A former Rockhampton junior who eventually took up umpiring in his teens, Ryan has been the standout field umpire in the QAFL over the past three years and worked desperately hard to win a place on the senior panel.