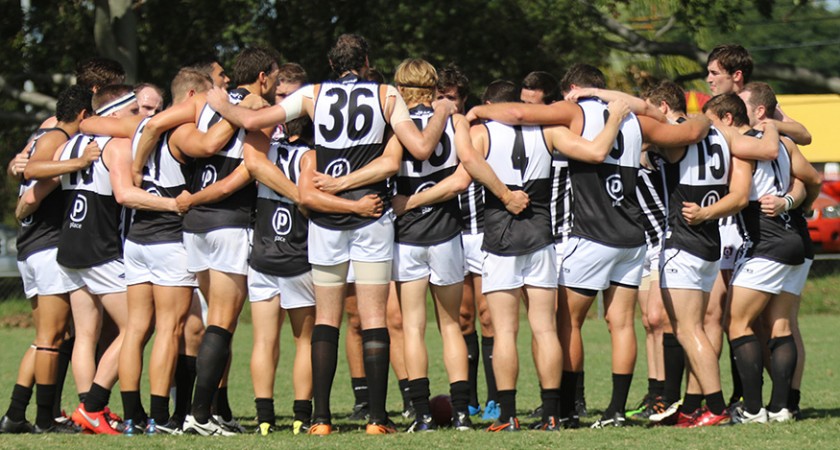 Western Magpies player Jakob De Winter has been named the round two Syd Guildford nominee after a stunning performance against Sandgate on the weekend.

De Winter bagged seven goals, five of which came in the first quarter, in a game that displayed the agile small forward’s high marking traits and finesse at ground level.

It’s a trait he had playing his junior footy in Hobart and it’s carried through to the way he plays at senior level.

“I guess I like to try and pride myself on taking the big clunks, yeah,” said De Winter.

De Winter is part of a forward line that has functioned exceptionally well in the first couple of games, but they come up against a big challenge in round three in Wilston Grange.

“It will be a good test for us this weekend, it’s our first home ground game as well which will be exciting,” he said.

While Jakob puts his goal scoring, twelve goals in two weeks, down to being in the “right place at the right time,” Wilston Grange will be hoping to avoid any more ‘coincidences’ when they play the Pies on Saturday.

The 25-year-old moved to Queensland two years ago and after training at Redland, was recruited by a combination of his workmate Brady Allen and of course some phone calls from coach Brydan Morgan.

“I got a call from him early in the season to see what I was doing, whether I was going to play for Redland or not, and yeah, he managed to coax me in to coming down,” said De Winter.