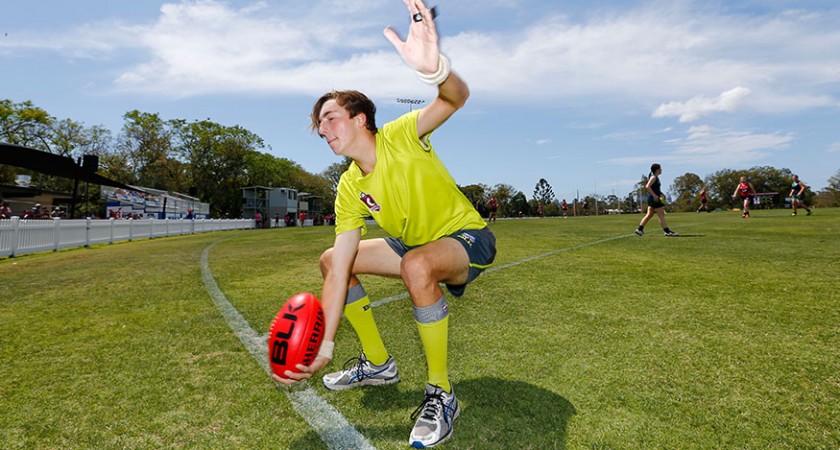 Round Seven of the 2017 Toyota AFL Premiership Season has been designated Community Umpiring Week with the aim to encourage people to get involved in umpiring Australian Football at the grassroots level.

Umpires at each AFL match this weekend will be led on to the ground by four first-year community umpires, giving them a taste of the elite match day experience and demonstrating the opportunities that are available through umpiring.

“Community Umpiring Week supports all umpires throughout the community level who play an important role every weekend.

“Similar to the numbers of female participants, female umpire numbers are also rising with an increase of 18 percent.”

The AFL Umpires Development team have recently launched a new campaign ‘Australian Sports’ Best Kept Secret’ which encourages those who love the game to consider umpiring.

More information is available at www.umpireafl.info . This site includes information on how to become an umpire along with resources to assist learning the role of the umpire.

OPSM is the Official Sponsor of the AFL Umpires, supporting community development and the umpire talent pathway at grassroots levels, while South East Queensland umpires are sponsored by The All Finanz Group.