Regional footy returns in the Darling Downs, Capricornia and Mackay 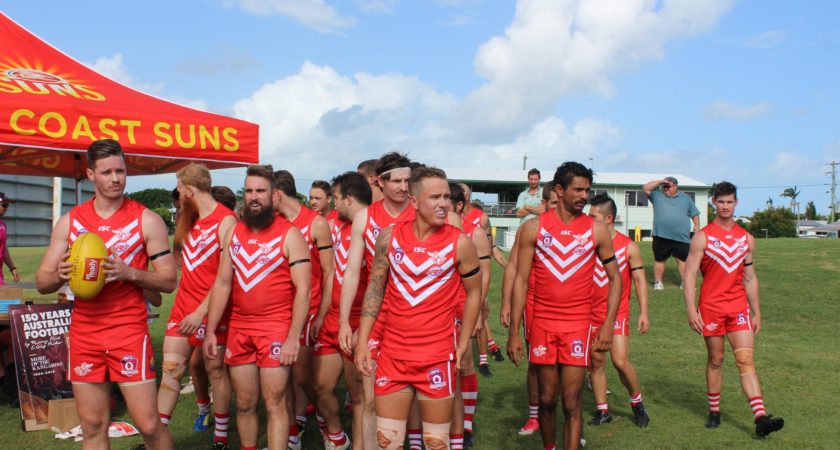 Regional football will recommence this weekend as senior football across three of the state’s regions kicks off for season 2019.

In the west, an overhaul to the AFL Darling Downs Allied Pickfords Cup has seen the nine-team competition expand from a four-team finals series to five teams in a move that is indicative of the evenness of the competition.

Four games across the Darling Downs area will usher in the new season, headlined by a clash between University of Southern Queensland and Warwick, who both finished within the top four last season, at WCU Oval.

As a whole, clubs have been busy in the recruitment drive in the offseason with a host of new and experienced players set to line up in Round 1.

The Grand Final rematch has been scheduled for Round 3 when the premiership winning USQ host Goondiwindi on Saturday, April 27.

The 18-round fixture will culminate in the AFL Darling Downs Grand Final on September 14.

Elsewhere, the Whitsunday Sea Eagles will defend their AFL Mackay Allied Pickfords Cup when they host the Mackay Magpies to kick off the new season.

With two new teams in 2019, the AFL Mackay senior men’s competition has been increased to seven teams including the Bakers Creek Tigers who will face off against the Mackay City Hawks to open their campaign.

The reintroduction of the Moranbah Bulldogs – a club situated over two hours from Mackay – will enjoy the bye in the opening round with their return game slated for Round 2 at home against the North Mackay Saints.

But the impact of the two re-joining teams adds an element of unknown in season 2019 – a motive which also bears truth when considering the movement on the title defending Sea Eagles’ list.

Whitsunday have lost a number of players from their 2018 premiership team meaning for the first time in perhaps two seasons, the AFL Mackay Allied Pickfords Cup appears genuinely up for grabs.

The competition will culminate in a top four finals series with the Grand Final played on September 7.

An emphatic preseason from the Yeppoon Swans will mean the team are once again the heavyweights of the AFL Capricornia AFLC Frenchville Sports Club Premiership season, which kicks off with three games tomorrow afternoon.

The Swans ran out resounding winners in the AFL Queensland Central Queensland Cup earlier this month against the 2018 AFL Mackay winning Whitsunday Sea Eagles in part thanks to starring performances from Matt Wallin and Alex Chapman.

Yeppoon will host BITS Saints at Swan Park in the second of three games to usher in the news with Brothers hosting Gladstone in the earlier 1:45pm window and Glenmore rounding out the opening weekend with a clash at Stenlake Park against the Rockhampton Panthers.

The 2019 season will also host the first ANZAC Day game in the region as Rockhampton and Brothers face off at the Cricket Ground in both the senior men’s and women’s competition.

Several community driven matches have also been included in the fixture, including Yeppoon’s Freeze slide day and the annual Cystic Fibrosis Awareness match on July 20.

AFL Capricornia Competition Manager Brad Matheson said the continued growth of football in the region means the 2019 AFL Capricornia Frenchville Sports Club premiership season may be the most competitive yet.

“It’s fantastic to see the growth of Footy in our Region and the new initiatives that have come into our game,” he said.

“Round 1 is always a very exciting time in the Men’s Competition the Yeppoon Swans will kick off their year at home as they are chasing their 5th consecutive Premiership, something that has never been done here before.”

Select games in the AFL Wide Bay competitions will also commence this weekend before a full slate of fixtures for each will take place next weekend.