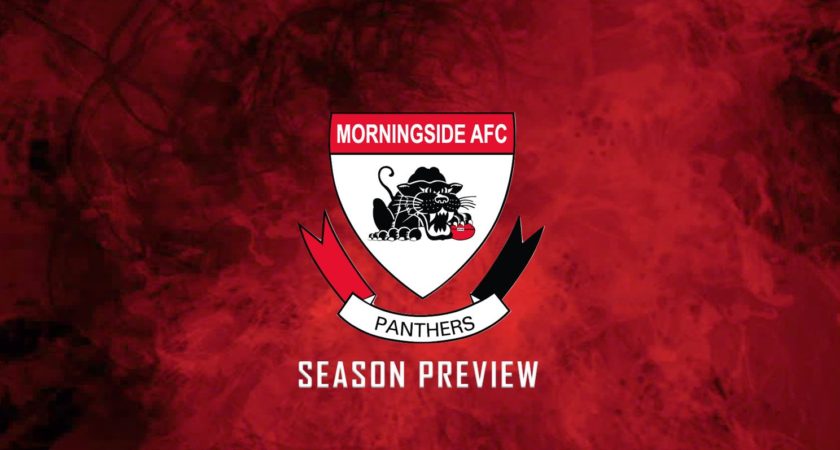 New Morningside coach Clint Watts is confident the Panthers have laid the foundations for a serious charge at another QAFL flag for the eastern Brisbane club.

Watts had been with NEAFL club Redland for three seasons and watched on as the Panthers made it as far as the preliminary final last year when a season-long shortfall finally caught up with them.

Back at Jack Esplen Oval, where he was an assistant to John Blair, then David Lake, from 2010 to 2014 – a stretch that included QAFL premierships in 2010 and 2014, Watts saw a playing roster that lacked genuine pace out wide.

“Sure, they did finish third, but from what I saw they probably needed a bit more leg speed on the outside,” Watts said as he heads into his first year as head coach at a club.

“They certainly had blokes who could get them the footy, but they were caught out a couple of times on the bigger grounds.

“So, yes, there has been a bit of focus over the summer to find that speed. They had guys in the club who had that leg speed but couldn’t keep them out on the paddock because of injuries and that kind of stuff.”

One huge issue facing Watts is the loss of about 700 games of QAFL experience following the retirements of Kent Abey, Nathan Kinch and Matt Logan.

These types of players, who combined footy nous with quality leadership skills, will be sorely missed at the club, but Watts is confident the losses can be covered by continuing to give rapid-fire youngsters a go.

And a bonus is the decision by past Joe Grant Medallist Ash Evans to go around again – and it seems with renewed passion for the game.

“Ash is in full training and is up and about,” Watts said of the star midfielder.

Given the loss of so much experience, it is pleasing for Watts to get five NEAFL players into the red, white and black full-time.

The group comprising Ed Mallan and Henry Joyce (Aspley) and Brad Howard, Isaiah Edwards and Luke Rogerson (Redland) can only add to the depth at Morningside.

Add to this a new coaching panel, which includes former top-liners in Rob Lucas and Ben Niland-Rowe and Watts is content knowing the strength of his support people.

Asked if he is satisfied with Morningside’s pre-season form, Watts replied:

“We’ve done a hell of a lot of work since late November trying a few different game styles,” he said.

“But I also believe there is plenty of grey matter among the players.

“I’ve often mentioned to our players that their football IQ is very good, how they’re able to adapt to different situations and scenarios during a game, like going from one intraclub game to the next and be able to adjust the way we wanted to play.

“That’s probably the thing that I’m most pleased about – that we have footballers who can change on the spot, to adapt.”

Beaten by Broadbeach in the 2018 preliminary final, Morningside are certainly accepting the challenge of going to the next level and not to slip up this time around.

“Ideally we want to play finals footy and go one step further, because we certainly don’t want to go backwards,” Watts said.

“We know it’s an even competition and there are not going to be any easy games.”

That comment could easily ring true for Watts because he noted an extremely difficult draw for Morningside to open their 2019 campaign.

The Panthers play likely ladder improvers and 2015-2016 QAFL premiers Labrador away in round one, then host Surfers Paradise in Round 2.

They then have two weekends off – a bye and the Easter weekend break – before heading down the M1 to play premiers Palm Beach Currumbin.

“We play three Gold Coast sides in a row to start with,” he said.

“But we play only two games before we have two weekends off.

“That’s why I’d like to see competition games over the Easter long weekend for our competition.”

Still, there is a buzz around Jack Esplen Oval at the moment.

Watts noted the club atmosphere created by having all players, men, colts and women, training together before the Christmas break and believes this is spirit needed to create and continue a winning culture across the board.