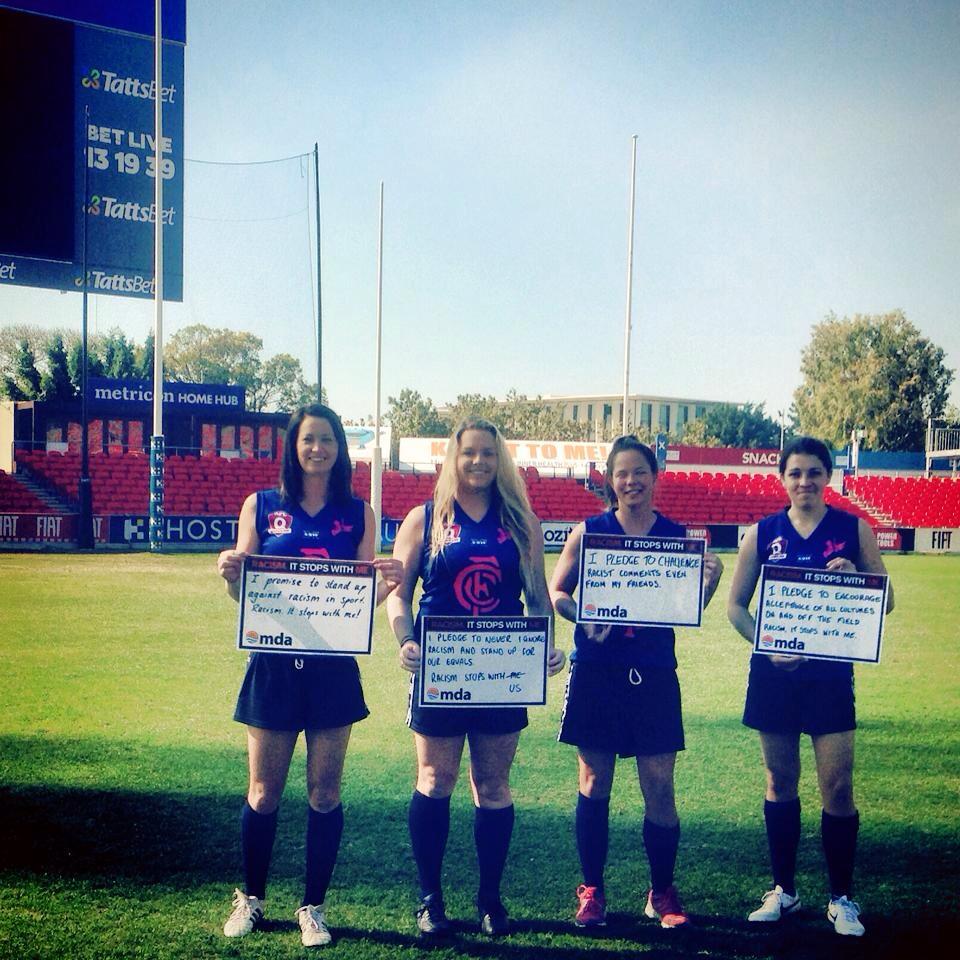 Women’s team the Coolangatta Bluebirds have proudly become the latest AFL players to pledge their support for the “Racism. It Stops With Me” campaign.

“As a team we are committed to supporting issues that will negatively affect people on and off the field. Our aim is to ensure AFL is a fun and enjoyable sport for everyone,” they said.

Players were invited to fill out “a card against racism”, outlining their personal commitment to the campaign.

Among other things, the Bluebirds promised to “encourage acceptance of all cultures on and off the field”, “challenge racist comments even from my friends” and “never ignore racism and stand up for our equals”.

Local AFL teams from the Gold Coast were invited to attend, but the Bluebirds were the only team that had girls available to attend, an achievement they are extremely proud of.

“Although we love to play AFL, our girls are encouraged to participate in events that address pressing issues that affect the sporting community,” they said.

The Bluebirds reached out to Coolangatta fans to support the initiative, posting an enthusiastic message on Facebook:

“RACISM HAS NO PLACE IN OUR GAME!”

“It stops with me”

The “Racism. It Stops With Me” initiative has garnered a lot of support from the AFL community, spearheaded by the heavy involvement of Sydney Swans player and 2014 Australian of the Year Adam Goodes in the campaign.