Queenslanders aim to shine in QClash9 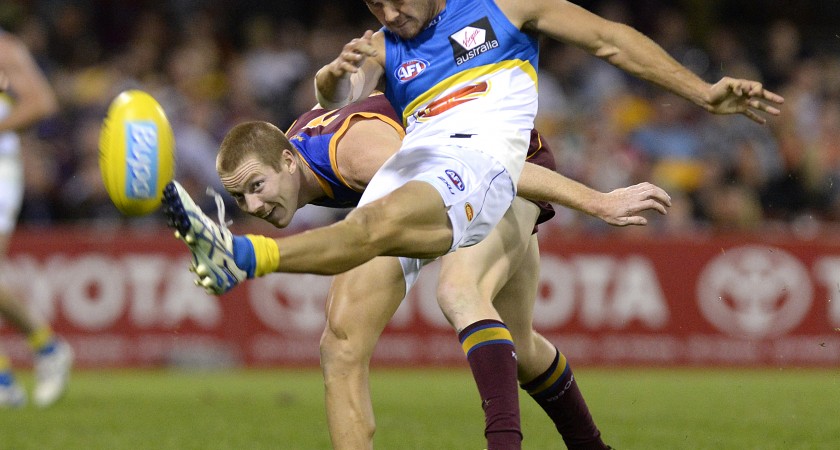 Saturday’s QClash9 at Metricon Stadium will undoubtedly be a fierce struggle between two rivals aiming to kick-start their season.

The QClash, a day Queensland footy can celebrate its special place in the game, also provides a unique opportunity to highlight the talent the sunshine state has produced.

Three of Queensland’s finest will likely line up for the Gold Coast SUNS this Saturday against the Lions, with 150-game-veteran Jarrod Harbrow, born in Cairns, a high possibility to return from injury.

The Indigenous All-Star is fighting a shoulder injury and his return could greatly improve the SUNS chance of victory with assistant coach Andy Lovell singing his praises.

“Number one he is clearly an exciting player and he makes it happen with the ball in his hands,” he said.

“He’s not a man of many words but when he does speak people listen.”

The two metre tall Charlie Dixon, who played for Redland in the QAFL, will resume his towering partnership with Tom Lynch, as the pair look to wreck havoc among the young Lion defenders.

Alex Sexton became a regular part of the senior team in 2014 and the tagging midfielder – a Springwood product- may have an increasingly important role in the side after the injuries to David Swallow and Nick Malceski.

The Brisbane Lions will field an abundance of Queensland talent, none as high profile as premiership winning mid-fielder Dayne Beams.

The Southport star joined his younger brother Clay Beams, who played for Labrador, at the club this year and is averaging 27 disposals for his new club.

Dayne Zorko, who narrowly lost the Merrett-Murray medal to Tom Rockliff last year, is the fiery heart to the club with his never give-up attitude.

Zorko played for Broadbeach in the QAFL and won four consecutive best and fairest as well as winning the 2011 Syd Guildford player of the year.

The future of the club is in the hands of young cubs such as Andrew Harris who, if selected, will play in just his third game of AFL footy.

The Aspley junior will hopefully form part of the Lions long-term success, as he is one of three players to come out of the Lions Academy, joining Jonathan Freeman, Aspley and Jordan Bourke, Morningside.

Although the Lions have dominated the series and won both of last year’s games by 50 points, the Queensland footy players, who run out for the Lions and SUNS, show the state has much to celebrate and look forward to in the future.