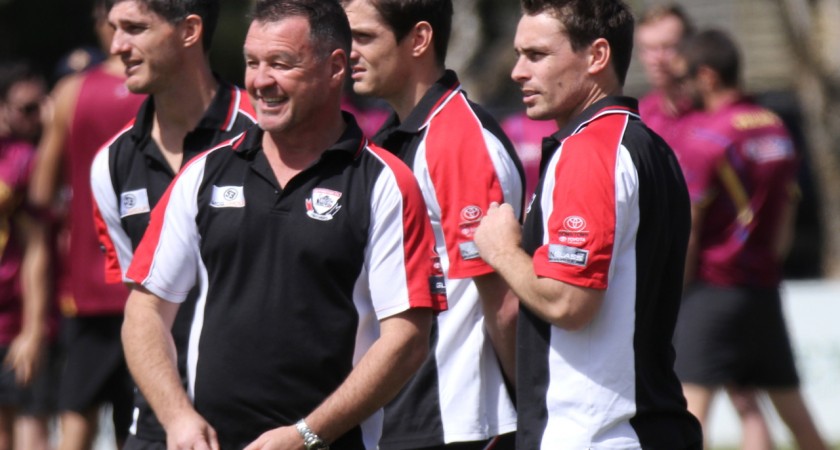 AFL Queensland has named Morningside Panthers’ David Lake as coach of the 2015 Queensland representative team to play Vic Metro in Brisbane on the Queen’s birthday weekend.

The match is part of a state representative program that will see four matches played at the Moreton Bay Regional Sports Complex on Sunday June 7.

Lake was assistant coach of the 2014 state side and brings more than 10 years’ experience in community coaching, including stints at the Mt Gravatt Vultures and in Morningside’s player pathway program.

He made a triumphant return to state league coaching in 2014, bagging the QAFL premiership with a Morningside team that was undefeated all season.

Lake is looking forward to taking the reins of the Queensland side, which is open to players from any Queensland competition – including NEAFL players not selected for their squad.

“I am very passionate about this. It’s a great opportunity and something I haven’t done, so I’m very excited about it,” he said.

“It’s important from our footy standing that we put our best foot forward, we need to win it to stamp our mark on where we sit in footy in Australia.”

Lake is a strong advocate of the state representative program and says players should wear the Queensland colours with pride.

“There is nothing better than the opportunity to represent where you exist in, and pull on your state colours,” he said.

“As the reigning QAFL premiership coach David Lake is the perfect choice and I have no doubt he will bring out the best in our Queensland team.”

The day kicks off with North Queensland – comprising players from Cairns, Capricornia, Mackay, Mount Isa and Townsville – taking on the best players from the QFA, QAFA, Darling Downs and Wide Bay leagues in a repeat of last year’s match.

Game two sees Queensland take on a Victoria Metro side comprising players chosen from all Melbourne metropolitan based competitions.

AFL Queensland has today announced that the QAFL competition will expand to 11 teams in 2021, with the Noosa Tigers and the newly established Redland Victoria... [more]