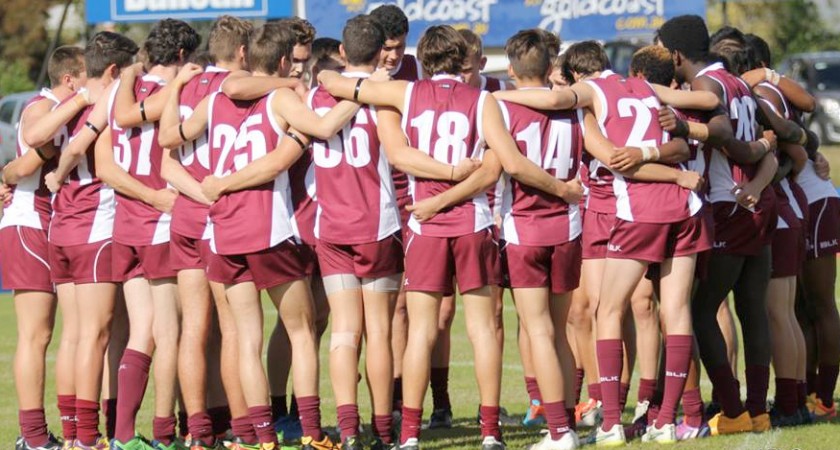 It’s fair to say it’s all happening in the Queensland talent space at the moment… it’s been a hectic month or two.

We thought we’d do a quick whip around to see what’s on the agenda in all the different areas, so you’re in the know about the next generation of Queensland stars.

The Allies – a team made up of the best players from the NAB AFL Division Two Under 18 Championships this year – played their first game of the Division One Championships on Saturday when they took on South Australia.

Of the Queensland 11 boys selected in the Allies squad, nine played on the weekend, with the best being Jack Rolls. They play their next game on June 18 against Western Australia in Perth.

This Saturday, Queensland’s NAB AFL Under 16 Division Two Championship defence kicks off when they take on Tasmania in Tasmania.

The second and third games of the three round championships will be played on our home deck, at Metricon and Southport on July 5 and 9 respectively.

Like the Under 18’s, the Queensland team will play against NSW/ACT, Tasmania and the Northern Territory, as they look to emulate last year’s undefeated carnival.

This Saturday, as a curtain raiser to the Under 16 game, a Queensland Under 17 side (eligible for the 2017 draft) will take on a Tasmanian Under 17 team. The game will provide the Under 17 players from this year’s Queensland State Academy, as well as the Brisbane Lions and Gold Coast SUNS Academies, the opportunity showcase their skills against Tasmania’s best.

With the AFL Grand Final curtain raiser – which was an Allies match last year – becoming an Under 17 game this year, this weekend becomes a very important cog in the selection wheel for players with aspirations of playing on the MCG before the big game.

It’s also a chance for them to strut their stuff in front of recruiters for one of the final time in the state scene.

On Friday June 17, and Sunday June 19, an Under 23 Queensland Women’s team will take on a Western Australia Under 23 side. The first game will be at Yeronga, and the second at Metricon. With the majority of the Queensland Women’s Academy being under that 23-year-old age bracket, it should be a very strong side that takes to the park against some of the countries best.

Tomorrow, the Queensland 10-12 year School Boys State Championships kicks off in Hervey Bay. Like the Under 15 Championships two weeks ago, the Under 12 age group sees 10 regional sides split across two pools. Players were picked from performances for their school team in the AFL Queensland Schools Cup.

Teams will play games across four days, with the finals scheduled for Sunday. A Queensland School boys side will be picked following the carnival to play in the national school sport finals.

The event is run by Queensland School Sports. For the full draw, CLICK HERE

Next month, the School Sport Australia Combined Australian Football Championships will be held on the Sunshine Coast. The Maroochydore Multi Sports Complex will play host to the Under 15 boys, Under 15 Girls, and Under 12 Boys National finals from July 23 to July 30. Queensland, Western Australia, Victoria, Tasmania, New South Wales, the ACT, and South Australia will all send representative teams to the event, which will be run by School Sports Australia.