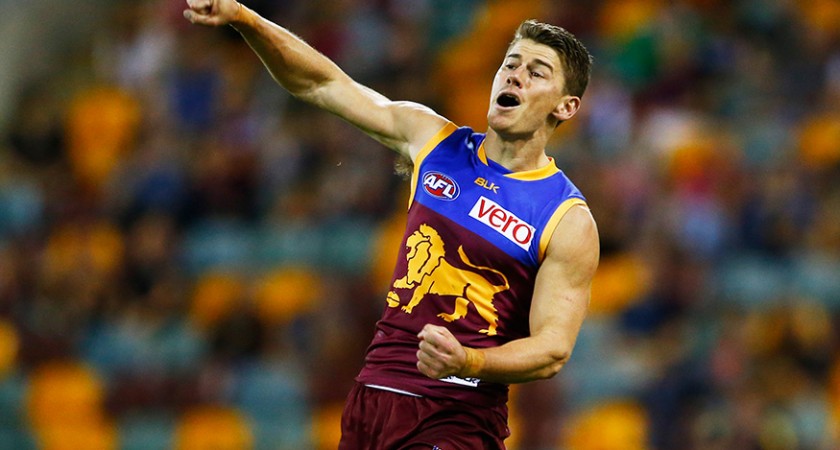 Zorko the No.1 Queenslander.

Dayne Zorko has been the best-performed Queenslander in the AFL to the halfway mark of the 2016 season, according to Champion Data ranking points.

The Brisbane Lions vice-captain, who missed Round 1 following a suspension incurred in the pre-season, has been a consistent standout for the battling Lions since then and heads the aggregate and average Champion Data scores.

Zorko had had nine 100-point games in a row under the Champion Data system before he missed out last week, scoring 97 against Carlton, while Riewoldt has topped triple figures seven times, Tippett six and Zac Smith four.

Hickey’s Round 1 performance against Port Adelaide, when he had a Queensland record 56 hit-outs and a career-best 20 possessions, earned him 157 Champion Data ranking points and numerically has been the best performance by a Queenslander this season.

Other individual performances worth 140 points or more have been:-

But while Zorko is the Champion Data front-runner among the Queensland AFL ‘family’ at the halfway mark of the season there is a double-barrel argument to say that Riewoldt, second in ranking points, is desperately unlucky not to rank higher.

He is the leading Queensland vote-getter in the AFL Coach’s Association Player of the Year award, in which each coach awards votes on a 5-4-3-2-1 after each match in which his team is involved.

Also, Riewoldt has been chosen three times in the AFL Team of the Week in the first 11 rounds.

So, too, has Tippett, who is thriving on his new role as the Swan’s No.1 ruckman.

Armitage, the leading possession-winner among Queenslanders, has twice been chosen in the Team of the Week, while Dixon and Zac Smith, enjoying a fresh start to their careers after off-season trades, have received this recognition once each.

Interestingly, the consistent Tippett has featured in the AFLCA votes more often than any other Queenslander – five. He’s polled in Round 2 against Carlton, Round 6 against Brisbane, and in Rounds 9-10-11 against Hawthorn, North Melbourne and Gold Coast.

Dixon and Riewoldt have been among the votes four times, and Zac Smith and Zorko three times. Armitage, Bell and Hickey have polled twice, and Cameron, Dempsey, Gilbert, Hampson, Harbrow and Sexton once each.

Queensland statistical leaders through Rounds 1-11 are:-

But at the midway point of 2016 Hickey, Dixon and Smith are among 11 Queenslanders to have played every game.

Others have been Armitage, Bell, Gilbert, Harbrow, Riewoldt, Spurr, Tippett and Fremantle youngster Lachie Weller, who went into the season with only three games behind him.

Josh Smith, a remarkable fourth in average possessions among Queenslanders in his debut season at 21.3 per game, has played seven games in a row from his Round 4 debut after coming off the Collingwood rookie list.

Brisbane’s Harris Andrews played the first seven games of the season before injury.

Nick Riewoldt leads the AFL in marks at the halfway point of the season, while Charlie Dixon is ranked 6th in contested marks and equal 10th in goals, and Kurt Tippett, Tom Hickey and Shaun Hampson are ranked 6th-7th-8th in hit-outs.

Queenslanders to ranks in the top 50 in the competition in each individual statistics are:-