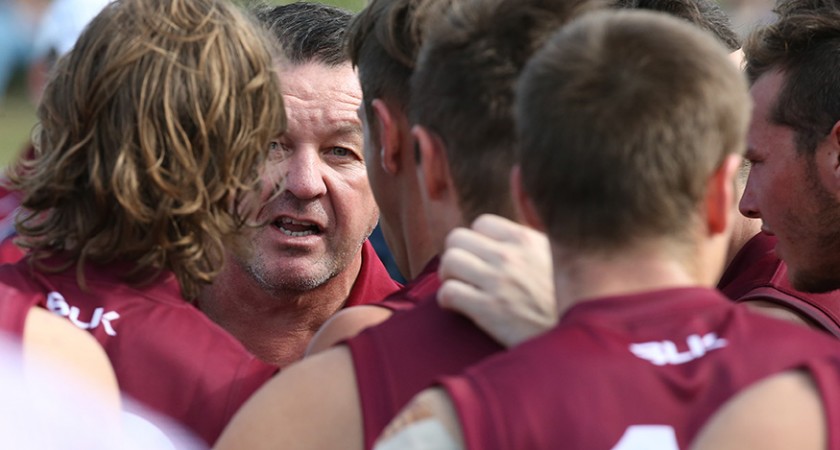 Lake, who was also assistant coach of the Queensland team in 2014, brings more than 10 years’ experience in community coaching, including stints at the Mt Gravatt Vultures and in Morningside’s player pathway program.

He made a triumphant return to state league coaching in 2014, bagging the QAFL premiership with a Morningside team that was undefeated all season, and again taking the Panthers to the grand final in 2015.

Lake said the pride involved in representing your state is what keeps him coming back.

“I want people to want to play for Queensland. Pete (McClennan) and I, we have come together, and the reason we are involved is that we want to encourage people to play, and have the pride in putting on the Queensland jumper,” Lake said.

“I thought it was terrific last year seeing all the old players reunite, and seeing how much it meant to them,” Lake said.

“The rewards for them came when they all caught up … some of your lifelong friendships are formed from this opportunity, and in the 150th year, you hope 10 years later these blokes are back in the room.”

Lake said when it comes to selection he has one key box players must tick if they want to play.

Western Magpies’ Football Manager Peter McClennan will be on double duty this year, as a selector and football manager.

McClennan, a surname synonymous with Mt Gravatt, grew up around the Vultures change rooms, before coaching their junior teams and NEAFL side.

He also coached the Western Magpies to the 2012 Pineapple Cup premiership, before taking over as football manager in recent years.

“We want our guys to strive to high levels of football, and continue to develop their football learning, and playing state football with quality players is a part of that.

“I think most people have the skills and ability to play at this level.  Basically, we are making sure we have the right fit of players, as well as that passion and belief of wanting to be involved … that’s very important.”