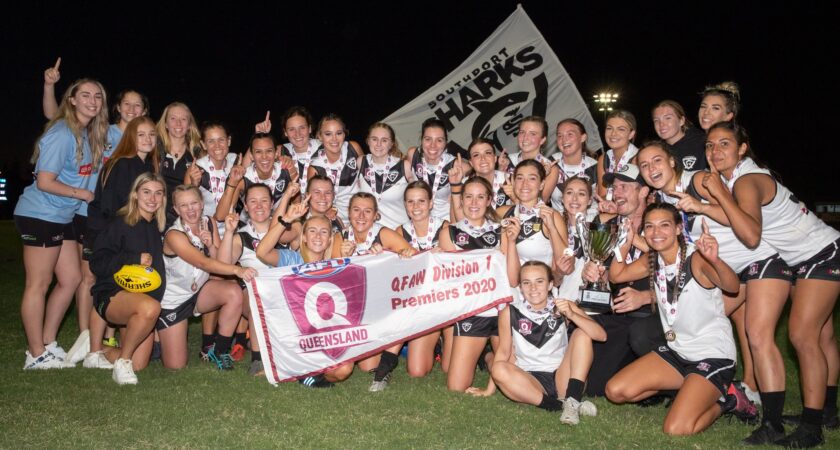 The stage is set for the 2021 Queensland Football Association Women’s (QFAW) competition with the unveiling of the division one and two fixtures.

The 16 round home and away season gets underway on ANZAC weekend and will be followed by a top six final series, culminating in the Grand Finals being played on the weekend of 4th/5th September.

The QFAW will see the addition of seven new teams, after the announcement of a competition expansion into three divisions in division two: QFAW North, QFAW Central and QFAW South.

“With the continued growth of female football across all levels, it’s fantastic that we are now able to expand division two into three competitions across the region,” she said.

“This structure provides clubs with much greater flexibility in finding the right competition to provide either greater alignments between their men’s and women’s programs, or reduced travel.”

The 2021 season will showcase several marquee games including ANZAC Round and Sir Doug Nichols. While round four will celebrate LGBTIQ+ inclusivity, as one of many competitions across Queensland set to take part in Pride Round.

To kick off the action, round one of QAFW division one will see a Gold Coast battle at Sir Bruce Small Park with Surfers Paradise facing off against Robina, while Broadbeach will host Morningside.

In Brisbane, Kedron will take on Burleigh at home.

Moreton Bay, Mt Gravatt and 2020 Premiers Southport will get their seasons underway from round two.

“After claiming the flag in their maiden season in division one last year, Southport will be looking to go back-to-back in 2021,” said Ms Main.

“Looking at the division two competitions, this year see’s the introduction of Northern Rivers clubs into the QAFW South competition, with Ballina traveling to Burleigh for their round one match, and Byron Bay hosting Tweed Coast.”

Please note times and venues are subject to change.