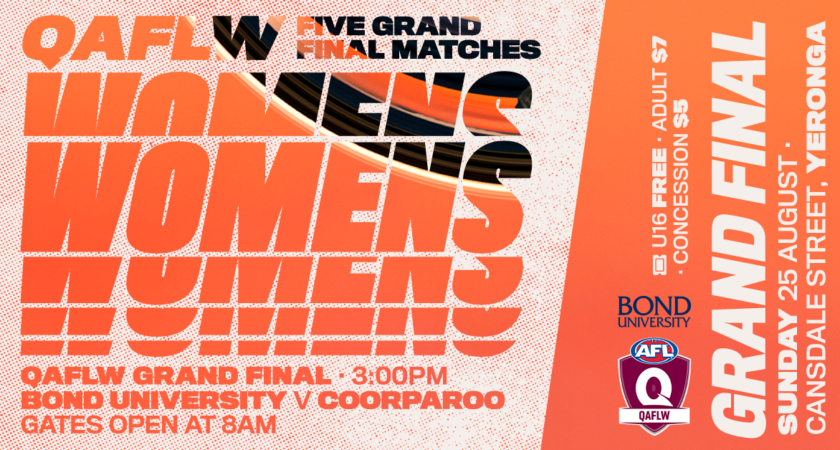 An eleventh hour upset has jolted Kedron into the QFAW Division 1 Grand Final but somehow, it seems rather fitting and fair the Lions get to contest for the Premiership Cup.

With their season on the line, the Lions produced a stunning upset in the Preliminary Final, dethroning Grand Final fancies Robina to set up a Premiership date with Burleigh.

Now, the Lions have the opportunity to do it all again against a similar Bombettes side who have proved to be the benchmark of the Division 1 pecking order in 2019.

Kedron’s road to the Grand Final has been somewhat surprising given the games they were forced to win to get there but when looking at their performances in those crucial must-win moments, it’s easy to see why.

Just a month ago, the Lions faced falling out of the top four but a win against Broadbeach in the final home and away round secured their place, albeit lowly in fourth.

From there, wins over third placed Broadbeach and second placed Robina have ensured that the Lions’ Cinderella run to the big dance remains intact.

But while one team may be the plucky underdog from Brisbane’s North, the favourite, Burleigh, won’t be buying into the Lions’ hype.

The Bombettes have been a force to be reckoned with in season 2019.

Having clinched the Minor Premiership heading into the final home and away season fixture, the Bombettes won out against the Roos in the first week of finals to book their ticket to the Grand final.

Their 13-3 record was the best of the competition and even that included losses of just six points and one point.

You would be forced to look all the way back to Round 8 to find a game where the Bombettes lost by more than a goal, but even that yielded a margin of just eight points – which funnily enough came at the hands of Kedron.

In the contest, both sides will be leveraging on their pair of goal-kicking forwards. For the Bombers, Lauren Theodore (21 goals) and Jessie Jamieson (19) and for Kedron, Lisiti Asimcdonald (16) and Luka Yoshia-Martin (16), have all been in form throughout the year and could prove the difference.

After booking their place in the QFAW Division 2 North Grand Final a fortnight ago against the same side they’ll face to win it all today, Hinterland looked prime to create history today as they look to cap off a remarkable season.

A dominant start to the commence the season set up what would be a successful campaign for the Blues, who won the minor premiership and advanced to the Grand Final with a win in the second week of the finals.

Now, they have the opportunity to reach the top of the competition with one more win against the side they beat to get there in Ipswich.

Hinterland’s run to the Grand Final has come via a consistent ability to hit the scoreboard frequently but also with an uncanny talent of closing out and winning close games.

Throughout this season the Blues have won two games by five points and another by 18 to clinch the minor premiership and set up a spirited run through the finals.

On the other side of the fence, the path the big dance has been somewhat less fruitful for Ipswich, who have been forced to throw everything at the finals.

The Eagles started the season with two loses in the opening three rounds but built their form enough to eventually finish third.

Their standing offered them a double chance in the finals but that was something the Eagles didn’t need in the first week as they cause an upset against second placed Pine Rivers on the road.

A loss to Hinterland and a Preliminary Final win over Moorooka secured the Eagles’ place but their topsy turvy run to the season’s final game will require one more upset – and that may transpire this afternoon.

The Eagles won out against the Blues back in Round 8 in part thanks to Kate Lencz, who stared with four goals.

Lencz finished the season with 20 majors to her name and along with fellow spearhead Samantha Chisholm, booted the second most goals of any two players in the competition.

For the Blues, goals have from a variety of sources with not player having booted 20 or more for the year while four, including Ellen Hopkins, have booted five or more.

Surfers Paradise have the opportunity to cap off a remarkable 2019 season with a QFAW Division 2 South Premiership this afternoon.

Surfer Paradise have made the Division 2 South competition their own, winning all but one game throughout the season en route to the Minor Premiership while boasting an unmissable percentage of 928.16.

The Grand Final remains the last hurdle in what has become a dominant season for the Gold Coast side which has included eight scores over 50 across both the home and away seasons and finals.

There is just the one blemish on their record and that lone loss is incredibly relevant to today’s Grand Final.

Mt Gravatt, who finished second in the overall standings, were the only team to usurp the all-conquering Demonettes this the season and will be hoping to do so once again this afternoon.

The Vultures, who themselves compiled a very respectable season of their own with a 13-3 record, caused the upset of the year when the two sides met at Dittmer Park in Round 15.

There, the home side booted eight goals past the Demonettes – the most Surfers Paradise has conceded in a game all season – to put the competition on notice as the finals loomed near.

That day it was Mt Gravatt pair Emma Parker and Danni Rhodes who did the damage on the scoreboard, kicking three goals each in the breakthrough win.

The duo have booted 26 goals combined for the season and along with consistent performers Romany Ewington and Christie Bowman, will be pivotal to the Vultures’ chances of causing another upset.

For Surfers Paradise, their Premiership hopes could rest on Jade Fiscalini, who has kicked six goals of her own this season as one of their best players, while Courtney Pearce and Courtney Sexton may also be highly influential.

Either way, the QFAW Division 2 South Grand Final is set to be a great contest between a team hoping for that one more win to cap off their marvellous campaign and another eager to steal the limelight with an upset.