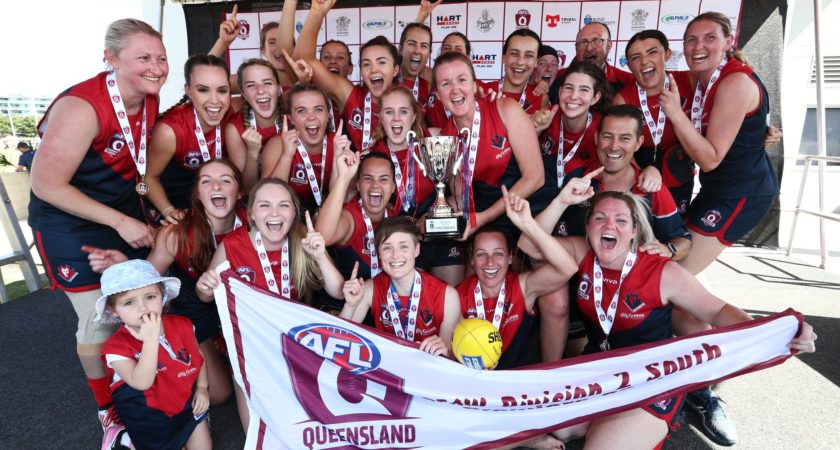 Fixtures for the QFAW Division 1 and Division 2 North and South have been released.

The Division 1 competition kicks off on July 11, with each of the nine competing teams playing each other once before contesting a top six finals feries.

The Division 2 South competition gets underway on July 11 and features five teams playing two full rounds of home and away games, before a two week top four final series.

Last year’s vanquished Grand Finalist, Mt Gravatt, start their 2020 campaign away to a newly formed Sherwood team. Jimboomba host Morningside in the other Round 1 fixture, while Beenleigh has to wait a week to get their 2020 campaign underway, having drawn the first bye.

July 18 will see the Division 2 North competition get underway, with twelve teams playing eight regular season games each prior to a top six finals format.

Reigning premier Ipswich Eagles, hit the road to Jindalee in Round 1, before returning home to Limestone Park in week two to hoist their 2019 flag.

Competition newcomer, Noosa, host their debut game at home against Redcliffe, in what will be a very exciting milestone for the club.

The QFAW Division 1 and Division 2 North and South Grand Finals will all be played at Yeronga on Sunday September 27, along with the QAFLW and Development League Grand Finals.

The localised four team Northern Rivers women’s competition gets underway on July 11, however due to border challenges and alignments with their QFA Division 2 South senior men’s teams, only the first three weeks of fixtures have been released.

Reigning champions, Byron Bay, will roll out their 2019 flag at home in week one, when they host Lismore. Last year’s runners-up, Tweed Tigers, will have the home ground advantage to start their season against Ballina.

The QFAW Northern Rivers Grand Final will be played on September 19, with the venue yet to be announced.