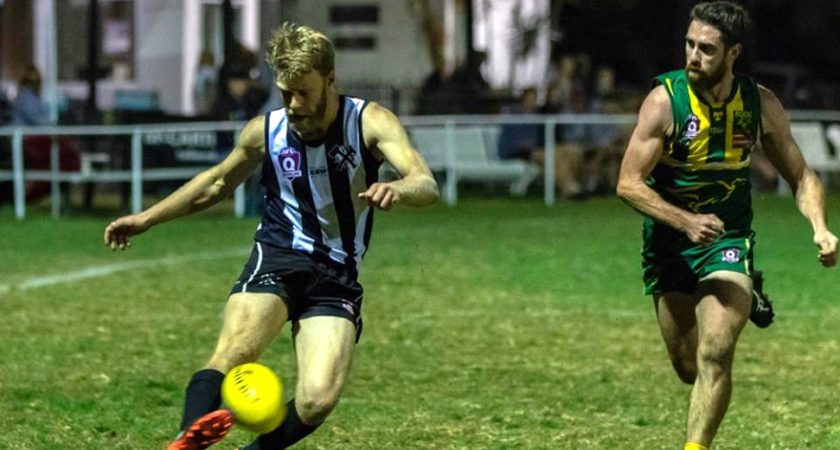 The two best teams in the QFA Division 4 will fight it out for the chance to raise the Premiership Cup tonight at Giffin Park Oval, Coorparoo.

After storming to the Minor Premiership, the Western Magpies will face Maroochydore in the final game of the season in what will be their fourth showdown between the top two sides this year.

The Roos booked their ticket with a gutsy 24-point victory over Jimboomba in the Preliminary Final last week after a second half blitz cemented their win.

The Western Magpies have been forced to wait a week after edging out Maroochydore a fortnight ago in what was their third win in four games.

Matt Hockley led the competition goal kicking with 50 majors this season with support from playing-coach Chris Mihalopoulos in a key post and Christopher Davis at half-forward. The Magpies’ forward line garners delivery from an experienced midfield duo in Andrew Thomson and inside midfielder Chris Judson which has helped the side produce seven scores over 80 this year.

Maroochydore in much the similar way, will look to get an edge over the Magpies through a consistent tall forward who loves to find the goals. Peter Reynolds finished the home and away season with 30 majors and found the goals again in the Roos’ win over the Redbacks.

Mitchell Bird and Greg Faure are further substance for the Roos across the ground, but Elliot Pryor looms as a game changer for the Sunshine Coast club.  Pryor has compiled a consistent season to date and was perhaps his side’s best player last weekend.

Each side boasts a complete forward line making the QFA Division 4 Grand Final a must-watch and potentially high scoring affair.

Maroochydore’s leading goal kicker Peter Reynolds didn’t play in the first final against the Magpies and has been named in the squad this week.

Western Magpies made a couple of changes with Shayne Baldwin and James Page in, and out goes Sam Banim and Mitch Merritt. 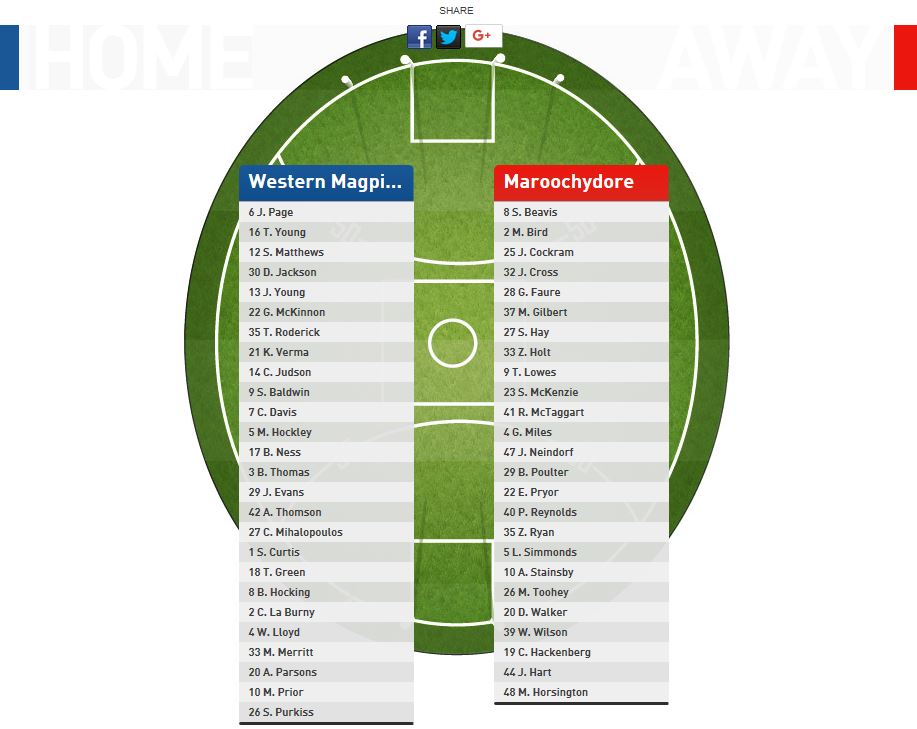