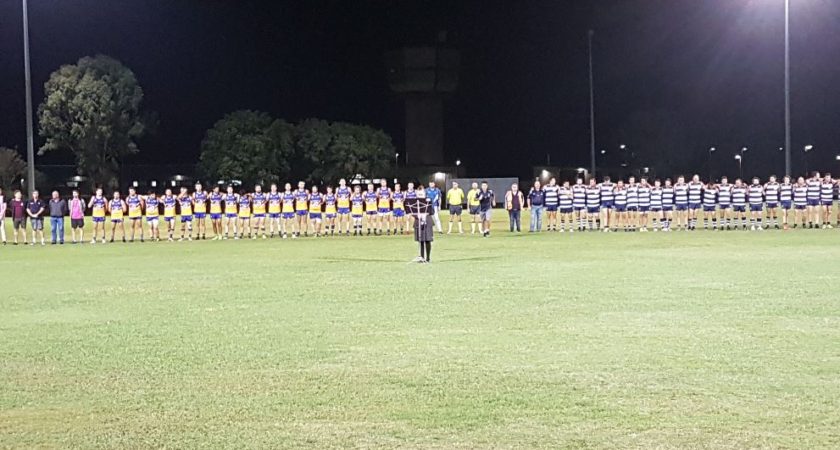 The QFA Division 4 finals will commence this Friday with the Jimboomba Redbacks, Zillmere Eagles, Western Magpies and Maroochydore Roos set to stake their claim for the premiership title.

A place in the Grand Final will be on offer this Friday evening as Maroochydore travel south to battle Minor Premiers the Western Magpies.

The regular season drew to a close with the Magpies one win clear of the Roos.

The two sides have faced each other twice this season in rounds 5 and 14, with the Magpies taking home the win in both encounters.

However, their most recent clash was separated by a solitary goal, suggesting this weekends’ match may be a similarly tight contest.

The match will see two of the competition’s top scorers face off and attempt to guide their sides to victory.

The Magpies’ Matt Hockley and the Roos’ Peter Reynolds kicked 50 and 30 goals respectively throughout the regular season, placing them in 1st and 3rd position in the goal kicking tally.

Maroochydore’s Mitchell Bird and Greg Faure, and the Magpies’ Chris Judson and Chris Davis have consistently proved themselves among the top players of their sides throughout the season, with all of them making the Best on Ground list more than half a dozen times.

Their performances on Friday will undoubtedly affect the outcome of the match and determine which side will face the winner of the Jimboomba and Zillmere clash in the following weeks’ knock-out preliminary final.

Premiership hopes will be extinguished for the loser of this Friday’s knockout semi-final between the third-placed Jimboomba Redbacks and the fourth-placed Zillmere Eagles.

The two sides have encountered each other twice this season in rounds 7 and 17.

Jimboomba defeated the Eagles on both occasions, but only narrowly won the two matches by 12 and 16 points respectively.

Jimboomba’s Jacob Guise and Zillmere’s Mitch Sorensen have defined themselves as star players for their teams this season, clocking up 14 and 12 inclusions in the Best on Ground tallies respectively.

Whether these key players can maintain their form and convert on the scoreboard in the upcoming game will likely play a significant role in keeping their sides’ final hopes alive.

The QFA Division 5 Finals will commence this Friday evening with the Aspley Hornets, the Jindalee Jaguars, the Yeronga Devils and the Ipswich Cats battling it out while Minor Premiers the Bribie Island Bulldogs enjoy a well-deserved week off.

Second-placed Aspley will host third-placed Jindalee at Graham Road this Friday evening, with the winner edging one step closer to the Grand Final and locking in a date with Bribie Island the following week.

Aspley defeated Jindalee by 22 points in the two sides’ first encounter this season in round 11.

However, Jindalee came out victors in their most recent clash in round 17, defeating the Hornets by a comfortable 34 points.

The clash will see Aspley’s Matt Argus and Jindalee’s Brett Duke battle for bragging rights after concluding the season in tied 5th position on the goalkicking tally with 21 goals apiece.

Aspley’s Michael Hutchinson and David Parfitt and Jindalee’s Dale Williams and Nick Lennon concluded the season among the top of their teams’ best on ground counts and will undoubtedly play a vital role in their respective sides’ finals journeys.

The losing side will face the winner of the Yeronga and Ipswich clash the following week.

Yeronga’s Leyshon Park will paint the backdrop for Friday night’s elimination final between the Devils and the Cats.

The two sides have locked horns twice this season, winning one match apiece.

Ipswich narrowly defeated Yeronga in Round 6 by 11 points, to which Yeronga retaliated with a 39-point victory in round 15.

The Devils have been the more consistent side since their last encounter and will head into finals boasting an 8-win hot streak.

Yeronga’s Mitch Fallon will lace up his boots for the match which, if his occasional yet remarkable appearances this season are any indication, could adversely affect the scoreboard.

Despite only playing 3 games, Fallon has booted an impressive 13 goals this season, placing him in 16th position on the leading goalkicking tally.

Ipswich’s Shane McKew and Yeronga’s Oakley Dew have both received Best on Ground votes 8 times this season and will undoubtedly be worth keeping an eye on this Friday.

The winning side will proceed to the semi-finals the following week, while the other team’s 2018 season will come to an end.