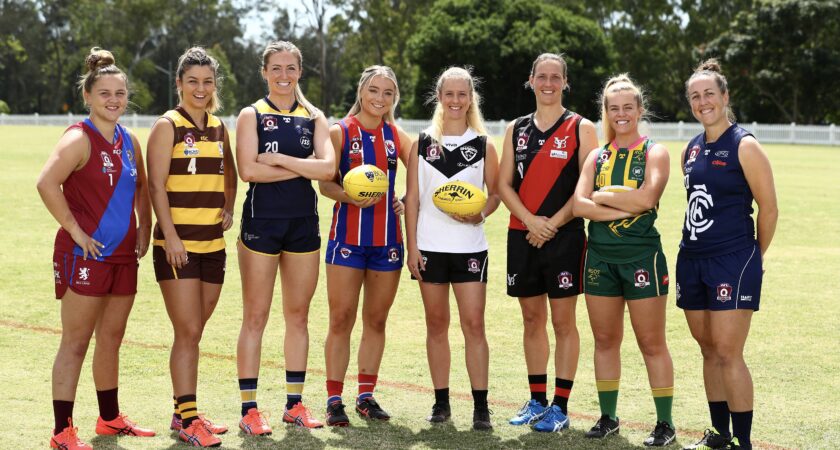 AFL Queensland has polled the eight QAFLW club captains for their views on the impending 2022 Bond University QAFLW Season, and they see Maroochydore and Southport at the top end of the ladder as the teams to beat.

Five clubs had Maroochydore picked, while four said Southport. Coorparoo, Bond University and UQ all drew one vote each.*

Leading goalkicker couldn’t be split with eight names all in the mix to take out the title.

Which other club is most likely to reach the Grand Final?

Who do you think will win the 2022 Emma Zielke Medal?

Who do you think will win the 2022 Bond University Leading Goalkicker?