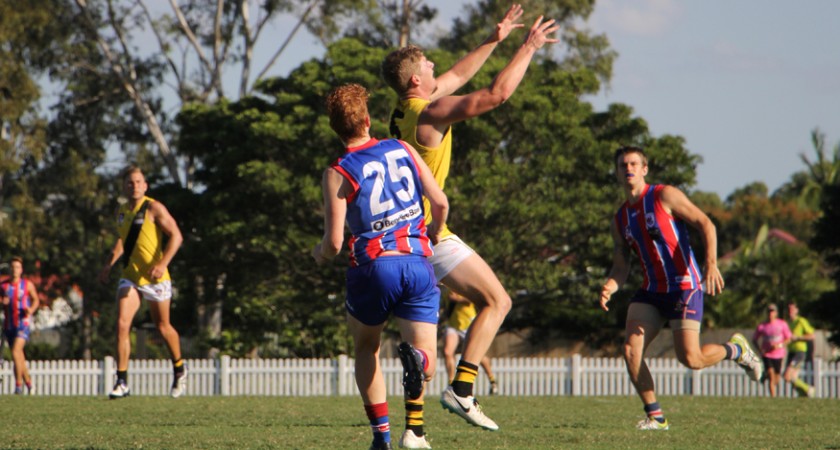 Ford’s run and dash with the footy is as exciting as anyone’s in the league. When the 24-year-old Surfers midfielder and half back is up and about, he can be seriously damaging with the football.

One of those players that’s worth 70 meters, because he carries it twenty and kicks it fifty, Ford’s run and gun style makes him an offensive weapon.

Ford has also been durable this year, playing 16 games and was named in the best six times.

When Sandgate were lucky enough to get Forbes out on the ground in 2017, he proved to be a goal kicking machine. The big ruckman, who played more as a forward for the Hawks, kicked some massive bags on his way to 32 goals from eight games.

Forbes’ sheer size makes him a tough matchup and his vice like hands make him a threatening option when the Hawks go forward. The former Aspley player showed serious composure this season, kicking big goals when it counted. 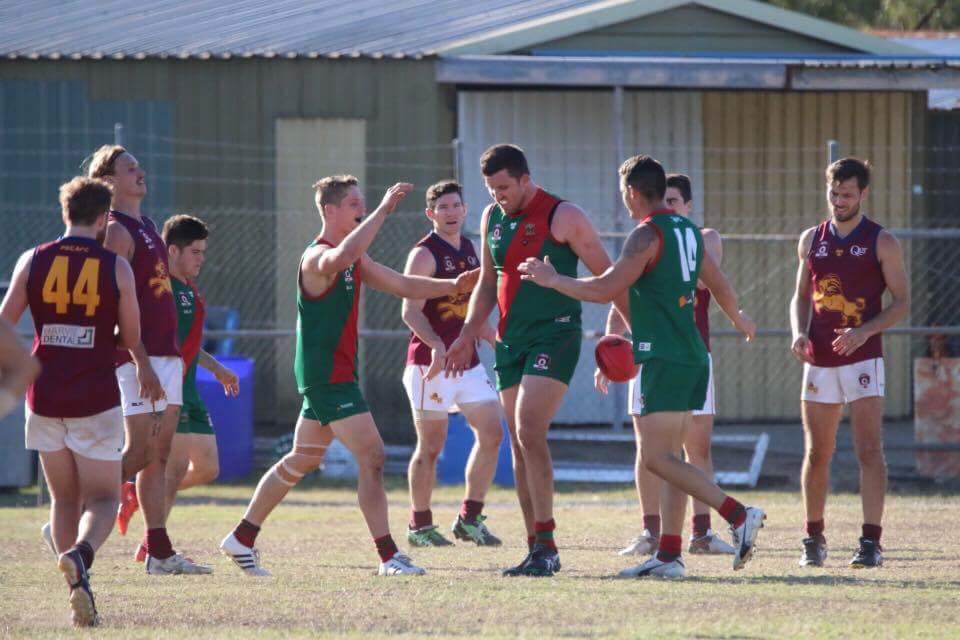 This year, Hamill formed part of a formidable midfield combination at the Vultures and was one of the reasons for the Vultures making the finals.

Hamill is one of those rare midfielders that can win the football on the inside, at the contest, but can also use his run to link up and get on the outside as well.

He’s had an incredibly consistent year, registering in his side’s best players 13 times from his 15 games.

Sometimes the best way to notice a player’s value is what happens when they go down with an injury. Lewis’s knee injury caused serious issues for the Western Magpies toward the end of the season and they missed his star quality badly.

The high leaping Lewis takes some great grabs and can be damaging with his kicking when he’s on song.

Of his eight games Lewis featured in the best five times. One of the best highlight reels in the QAFL.

In just his second year of QAFL footy, youngster Connor McFadyen makes his way into the Top 50.  One of McFadyen’s best performances came in round six, when the young gun took out the QAFL Rising Star nomination and bagged three goals.

McFadyen is strong overhead and dangerous around the goals. Definitely one to watch for the future.

Surfers Paradise were overwhelmed a couple of times over the course of the 2017 season, but they also turned the tables on a few teams over the journey with their frantic, play on at all costs footy.

Fraser was a key part of it all, with his run and carry, as well as his long kick. When he gets the footy, things open up in front of him and the fabric of the game changes.

Atkinson had a standout year this year, as one of the experienced bodies around the footy for Surfers Paradise.

Whether it was rebounding off the half back line or running through the middle, Atkinson showed some impressive composure and foot skills.

Despite missing a few games, his total of games played (14), was still enough to get him named in the best players on nine occasions throughout the year, more than any other Demon.

Goldsmith is truly a special type of player and his output at stages this year was awe inspiring.

The big ruckman is unique for the position he plays and is capable of shifting the momentum in games with ten exceptional minutes of footy. Goldsmith can cover the ground and provides the outlet kick option down the line for the Tigers with his contested marking strength.

Not only can he go forward, but he can get hold of the footy in the middle and rack up the touches when he gets going. 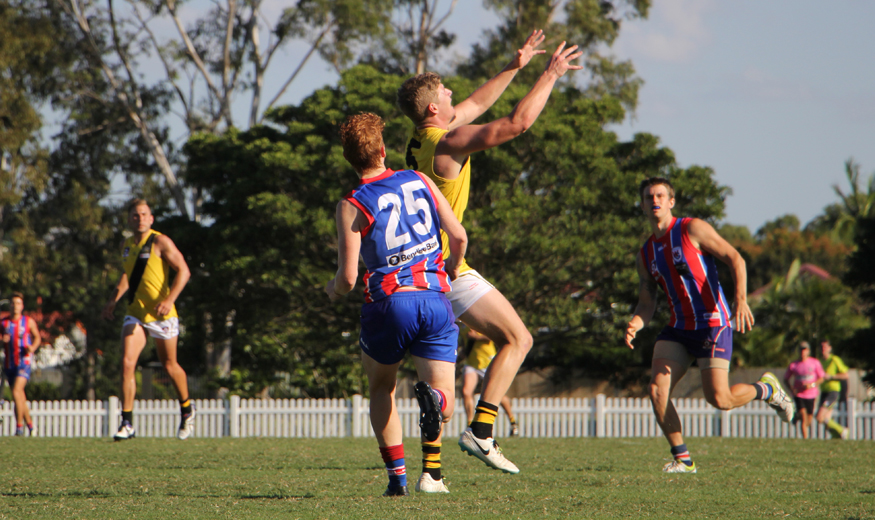 Without doubt Connor Stackelberg is one of the brightest forward talents in the QAFL. The strong bodied leading forward is exceptional running in a straight line at the footy and doesn’t mind launching at it either.

In a difficult season for the Hawks that presented him with limited supply, Stackelberg still managed to hit the scoreboard and provide a target for his teammates.

The 20-year-old managed 25 goals from 16 games, in a team that finished on the bottom of the table. A commendable effort.

The Green Machine wasn’t the same force he was last year, when he topped QAFL Top 50 list and kicked 84 goals with a staggering average of over four per game.

Danny Green still managed to kick 30 goals this year, despite only playing 11 games in a side that did find it difficult at stages in the 2017 season.

Green remains a one-on-one marking magician and an A-grade hustler when the ball hits the ground. 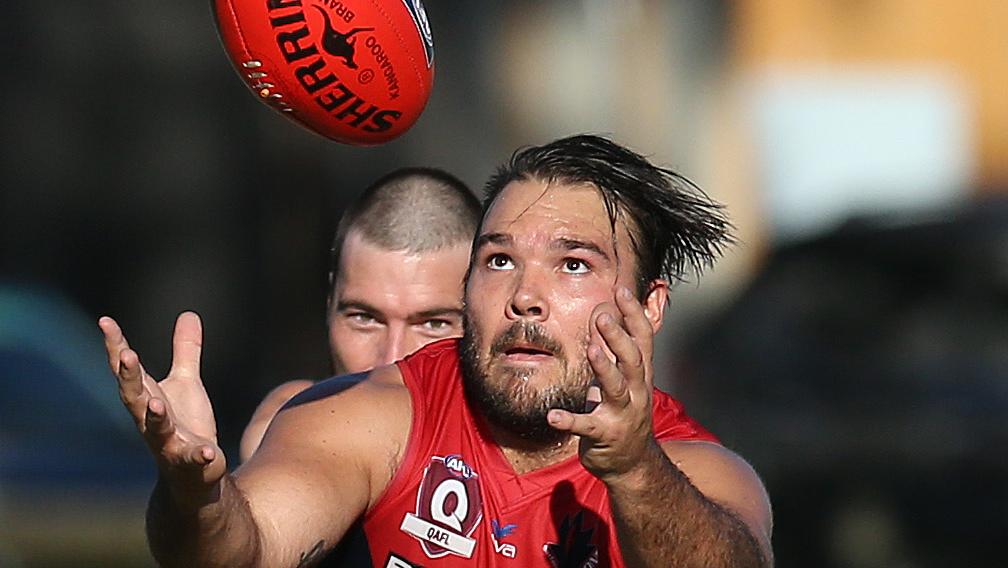