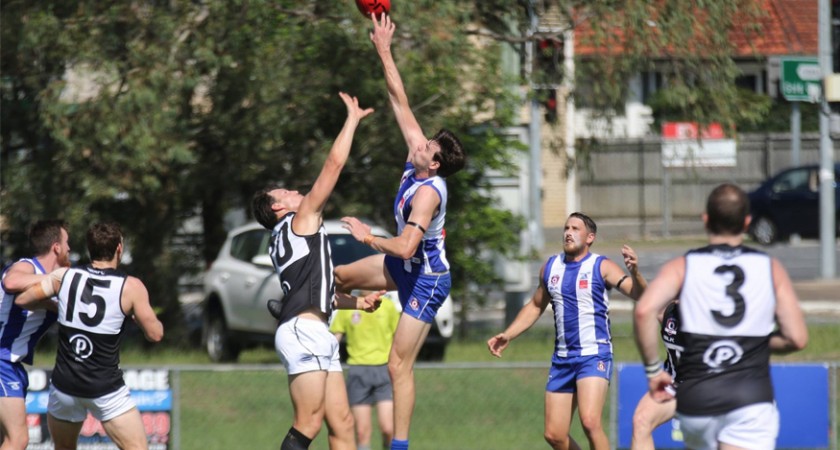 When Smith came back from injury and found his way into the Mt Gravatt lineup, all of a sudden the Vultures looked like a completely different side and went on a scintillating winning streak.

Is he a forward or a ruckman? Whatever the answer, it’s the type of debate you want to be having, because it means he provides flexibility for his side.

As a ruck he can take big marks around the ground, while as a forward he’s capable of putting together a big bag as he showed in round 12 against the Lions when he took home a six goal haul. 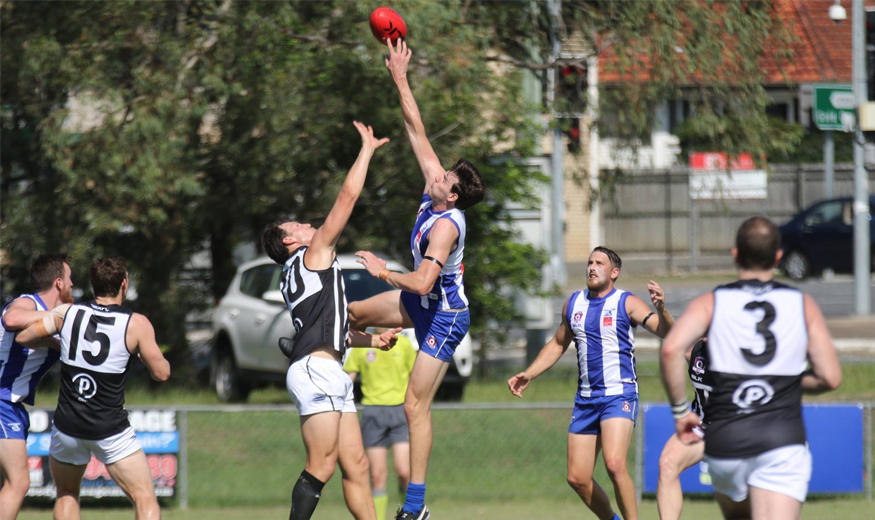 A powerful unit, Damien Hector is another example of the type of player Labrador seems to have in abundance. A solid, senior, hardened body that can burst through a pack and make his presence known.

While his physicality is impressive, so is his thumping kick and ability to provide a link up option through the middle of the ground for the Tigers.

Hector has been dependable in 2017, playing 17 games, and has drifted forward at stages, kicking six goals for the season.

‘Smart,’ is the word that comes to mind when thinking about Tom Ielasi as a player, but he’s also pretty tidy by hand and foot as well.

A versatile, clever midfielder, Ielasi can play off half back, through the middle and can even pinch hit up forward where he can be particularly dangerous.

Ielasi was deservedly selected in the QAFL representative side this year, played 15 games and was named in his sides best players 10 times, while also kicking 10 goals. 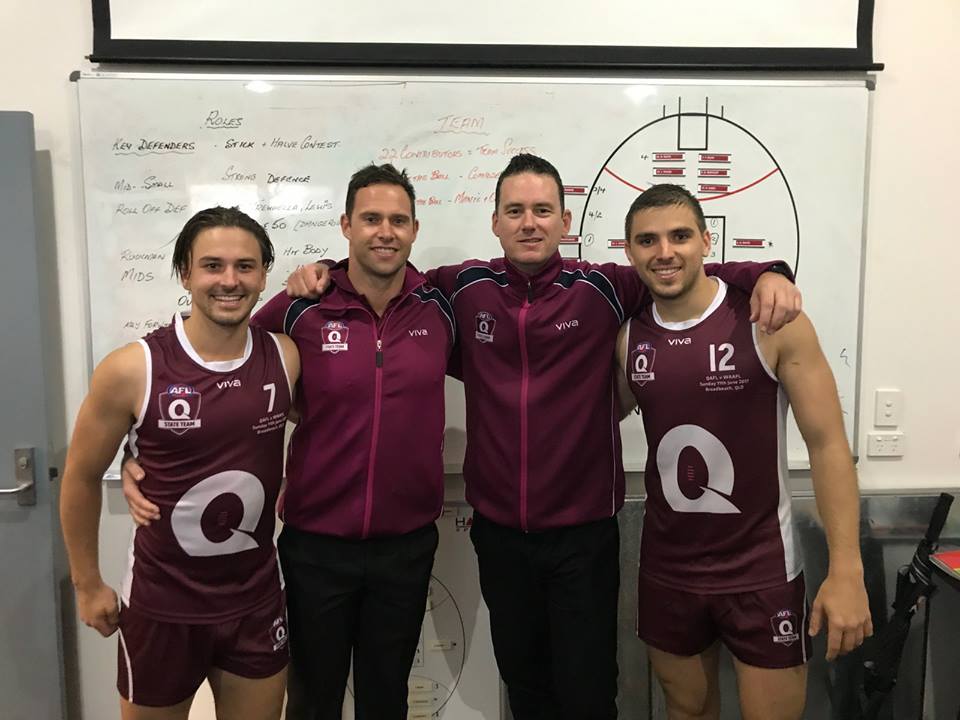 Crawford is no stranger to the QAFL Top 50 list, after coming in at number 50 last year. The ball winning beast hasn’t slowed down either; he continues to win the footy for the Magpies in close and go about his business.

As a senior player on a young list at the Western Magpies, Crawford leads the way, consistently providing high level output and physicality around the ball.

The rugged Mt Gravatt junior spent a year in Victoria last year and was sorely missed. His return back to the club gave the Vultures that extra quality inside mid they needed to balance their attacking run.

Eight times he featured in the best and was a catalyst for the strong season the team had. Was given a different task in stopping some of the leagues premier on ballers, which added another dimension to the Vultures’ winning formula. 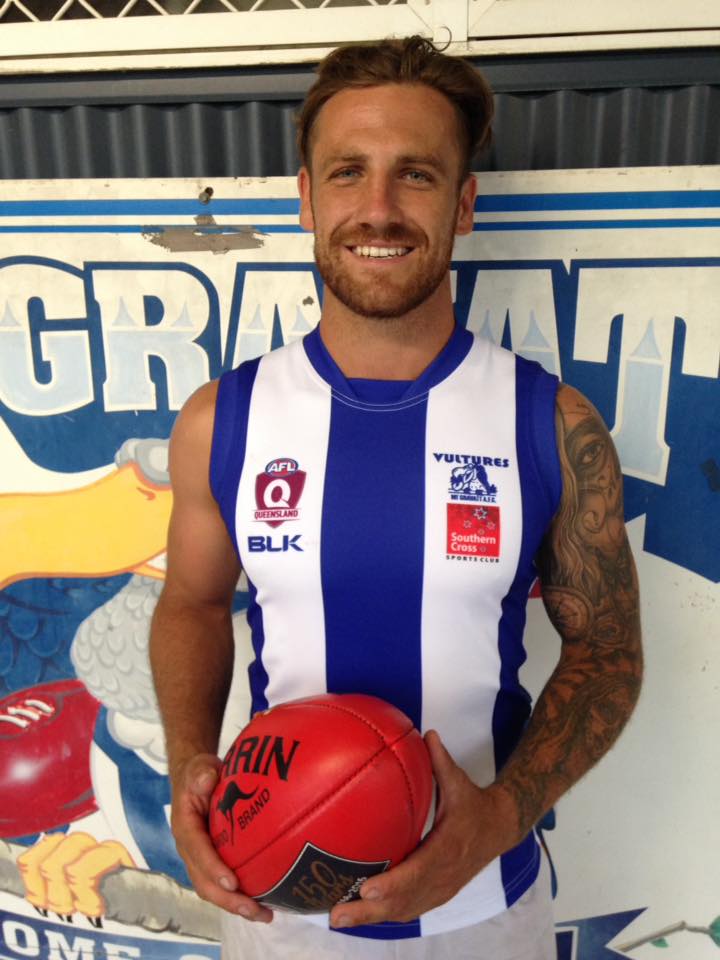 The crew at Wilston Grange must have thanked the footy gods at stages this season that they had Hannaford barging through the middle. A running machine and a difficult prospect to match up on, Hannaford was one of a select few who stood up in the Gorillas midfield as absence and injury took its toll in 2017.

Players like Hannaford are a rare commodity, almost big enough to play key position, but somehow able to rampage through the midfield.

Pound for pound one of the best players in QAFL history, the seasoned veteran is still one of the most damaging players in the competition. Hasn’t slowed in pace and getting classier with age, Kinch is always part of opposition defensive plans to nullify the Panthers attack.

Always used in different positions, the Gorgan Medalist played every game in 2018. 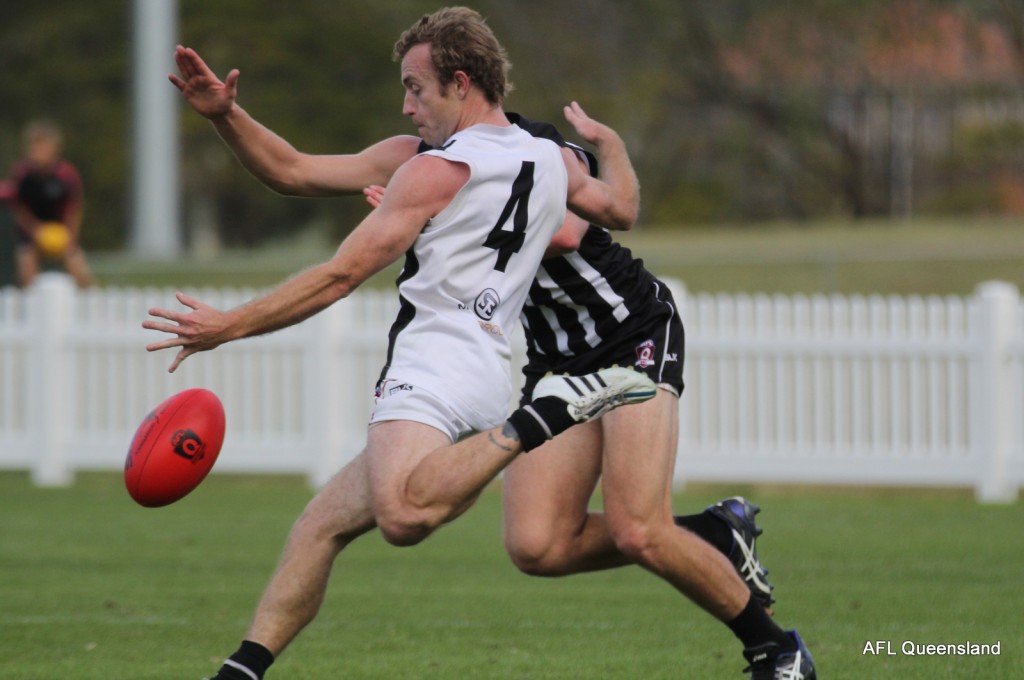 Stubbs has everything you love to see at the footy and is a typical example of the traditional full forward.

Built like a tank and quick off the mark, on the lead Stubbs is just as dangerous as any other forward in the competition and the 57 goals he kicked this year stand as evidence.

The Mt Gravatt full forward is a real competitor and his hand injury toward the end of the year severely injured the Vultures’ finals campaign. Loves a celebration too.

Like his namesake at the Crows, Eddie can turn the game in a few minutes with a couple of freakish goals. Although his shorts a regular sized, he still has that ability to know where the goals are and score in the fraction of a second if you take your eyes off him.

The former North Melbourne Roo only managed eight games, but still kicked 23 goals, including six in the Cats’ semi-final win over Morningside.

What a year the 31 year old had. A few years ago Mitchell was the reserves league leading goal kicker and turned himself into one of the premier forwards in the league.

His ability to take contested marks and convert made him a danger inside 50 this year and along with the veteran Kent Abey, he forms part of a formidable combination. Was the Vice-Captain in the victorious QAFL games vs WA.