After much discussion and fanfare, we’ve now come to the final ten players in the 2017 QAFL Top 50. Please post any questions around the order, or players included or left out of the 50 in the comments on social media. We want to know how you would set up your top ten or top 50!

Without further ado, here they are:

Billy Hicks is the main cog in the celebrated Labrador engine room and that’s saying a lot, considering the Tigers’ success over the past couple of years.

The running machine goes and goes all day, tucking the footy under his arm and barging through to find a target.

Hicks is a line breaker and someone that needs close attention, otherwise the game can be taken away pretty quickly.

The Ballarat native and reliable ball-winner finished off his year in the best way possible, taking out the Joe Grant medal for the best player on the ground in the grand final, for the second time.

Dignan is one of those players that rises to the occasion; a true finals performer and a game winner.

One of the things that makes him so dangerous is the way he uses the ball so well forward of centre. Dignan accumulates the footy and before you know it, it’s death by a thousand papercuts.

Another year and another finish in the QAFL Top 50’s top ten for Adam Clarke, making it three top ten finishes in three years for the zippy winger

A strong overhead mark for a smaller player, Clarke doesn’t mind launching at the footy, but it’s his speed on the outside, his run and carry, along with his elite kicking skills that earn him a place in the top 10.

Clarke compliments the other players in the Labrador midfield beautifully and leads from the front. It’s been said before, but we’ll say it again – the dictionary definition of a jet.

While Derrick’s year didn’t reach the heights of his Grogan winning year last year, the Palm Beach skipper is still a force to be reckoned with and one of the competitions most difficult matchups.

Derrick’s ability to cover the ground, along with his strength overhead for such a tall and strong midfielder, means he can play just about any position and he often causes nightmares for the opposition.

As tough as they come, Derrick is also a big game player that seems to step up in the big moments. A true competitor in every sense of the word. 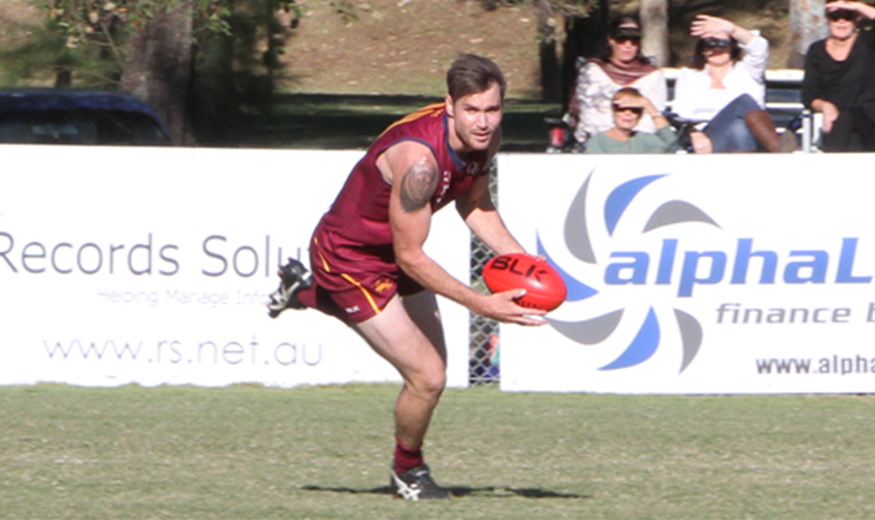 Haberfield, at 184cm isn’t the tallest defender going around in the QAFL, but what he lacks in height, the Surfers Paradise product makes up for with heart.

The tough Demon just has that competitive instinct, never gives up and more often than not, finds a way to beat his direct opponent.

Managed 13 games this year and was named in the best eight times.

Silky Palm Beach midfielder Tyler Cornish really stepped up his game in 2017 and reaped the rewards with a team of the year selection, an equal runner up finish in the Grogan as well as the Palm Beach best and fairest and of course, a premiership medal.

Cornish adds class to the imposing Palm Beach midfield and can be exceptionally damaging when he pushes forward, where he can use his handy sidestep and goal kicking instincts.

Cornish is now one of the absolute elite midfielders in the competition.

There isn’t another hoof like the one Woolley has in the QAFL, left or right. Woolley’s thumping kick turned defence into attack on so many occasions this year for the Lions, but he was also used as a deep forward at stages when they needed a target.

Woolley has a great leap and sure hands, as well as blistering speed when he takes off with the footy. To be honest, there’s not much this bloke can’t do.

All he needs is ten minutes of footy and he can change a game. A serious athlete that oozes x-factor.

Retzlaff is a fantastic leader and an absolute goal kicking monster, his tally of 66 goals for the year was the most of any player. When he’s on the lead he’s too strong to spoil and rarely, if ever, misses a set shot.

Retzlaff was Labrador’s best player on grand final day and refused to give up as the match began to slip away from the Tigers.

The big forward looked injured but still managed to get on his bike, take some strong marks and use his elite set shot kicking to give Labrador a sniff when they needed it most, kicking three goals and demonstrating his leadership and willingness to compete.

If we were picking a side to play tomorrow, out of any player in the QAFL, he’d have to be in the first handful.

The former Southport Shark and Brisbane Lion is the best defender in the comp, no question about it. Two Syd Guildford wins in two years, along with a Grogan this year, speaks volumes about his consistency and his ability to influence games.

The big Labrador defender is so problematic for opposition sides that they need to spend serious time contemplating how they are going to approach the intercept marking machine.

When Mills is on song it looks like the other team is trying their best to kick it to him, because he just always seems to be able to position himself in the right place to win back the footy. A one man wall of China. 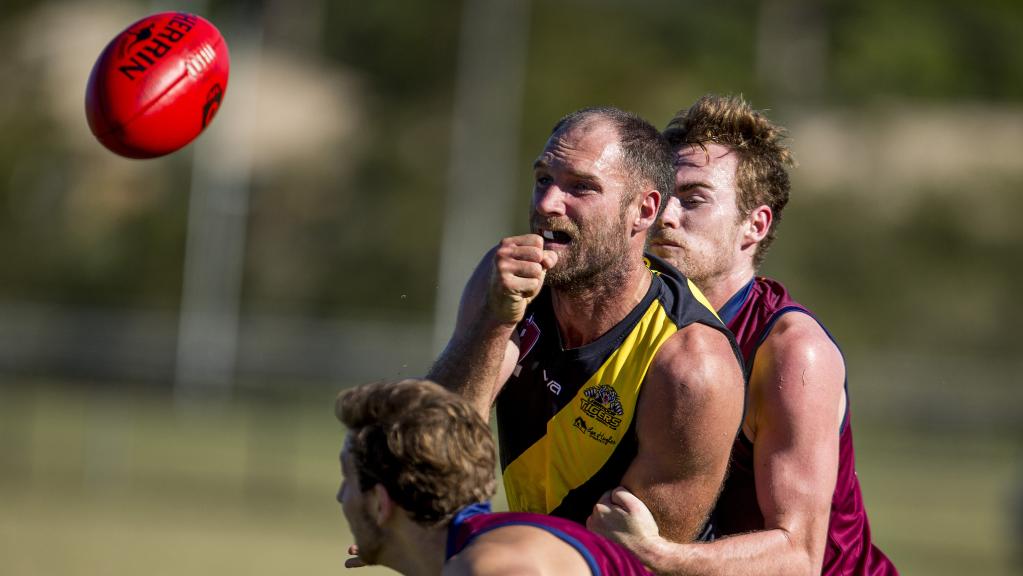 Burge has some incredibly impressive attributes as a player, to name a few, there’s his pinpoint pass, his exquisite work through traffic and that knack for winning the footy; but what makes him the number one on the list, is his work rate from contest to contest and his ability to shake off a heavy tag.

The former Southport Shark has won just about everything this year, from the Grogan to the Palm Beach best and fairest and a premiership medallion.

The tough little midfielder worked just as hard from his first QAFL game this year, as he did in his last, racking up 25 touches including 16 kicks on grand final day, according to the AFLQ Scores app.

Now the Lions superstar gets to add a number one finish in the 2017 QAFL Top 50 to his long list of accomplishments. Determination personified.