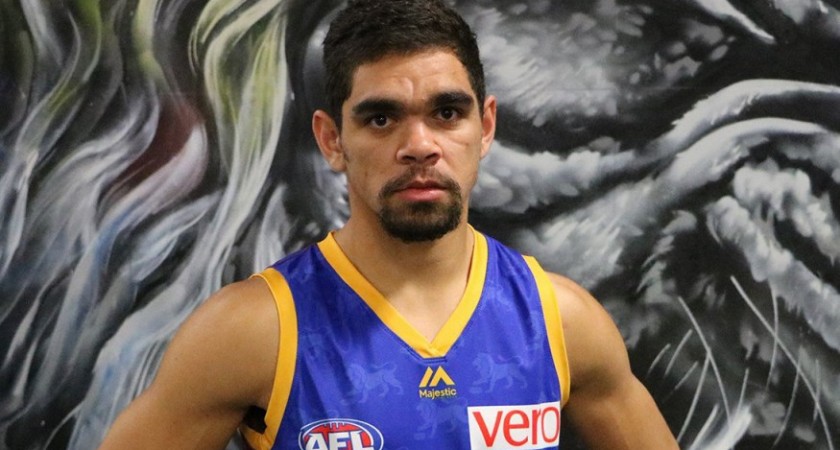 Does maroon, blue and gold look better than red, blue and yellow? We’ll let you be the judge of that.

As seen on the Lions Twitter, new recruit Charlie Cameron took the opportunity to enjoy the sunshine and tour the facilities in his new jersey, letting everyone know that he is he excited and keen to kick start the season.

Fans were also pretty excited, many wishing him good luck and saying that they can’t wait for him to tear it up at the Gabba.

Waiting patiently and anxiously at home for that extra special day to roll around is an experience many of us have had before.

Brisbane Lions captain Emma Zielke is currently in this situation with the release of the AFL Womens fixture less than 24 hours away. Emma has expressed her feelings on twitter about the wait and we’re sure many other players and fans are in the same boat.

Patiently waiting for the @aflwomens fixture to come out like… pic.twitter.com/BhwSuafTLt

Celebrations were a must at the Brisbane Lion’s den this week as Kate McCarthy had a birthday. Many took to various social media outlets to wish the speedy star a happy birthday. ‘She’s that fast she already half way to her next birthday by now,’ had to take the cake for the best comment.

It’s been a long road to recovery and set to be a little longer for Lions star Sam Virgo but she is taking steps in the right direction. 11 days after her op, she is no longer in need of the knee brace and is getting stronger every day.

Everyone is wishing her all the best with her recovery and hoping it stays on track.

On the Coffee Run with Simon Black

Brisbane Lions three-time premiership player and brownlow medallist Simon Black appeared on this week’s episode of the ‘Coffee Run’. They had a fun chat about the technical side to umpiring and the relationship between the player and an umpire.

Ruby Blair was recently selected in the draft to play for the Brisbane Lions Women’s team and had her brother to thank. She followed his every move as kid, even to the Palm Beach Currumbin Lions juniors where her football career began.

Ruby’s brother Miller is her biggest supporter and joined in the chorus of online congratulations showered on the young Lions prospect.