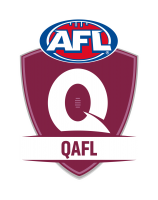 Lions ‘very lucky’ to survive a bruising clash with Sherwood

“I think we were very lucky today and didn’t deserve to win,” was Sinclair’s blunt assessment post-match. “I think the Magpies were clearly the better side after quarter-time.

“We jumped out of the blocks (a 7.4 to 0.1 burst to start) and I thought we were on but after that we completely and utterly switched off and went outside everything we’ve been practising at training.”

It was when Sherwood players upped the ante in the physicality stakes that the Lions looked vulnerable and basically played second fiddle, especially in the second half.

“They were after us, we retaliated, and they capitalised,” said Sinclair. “We were very ordinary, as bad as I’ve seen us play (in the second half).”

The Lions went in without ruckman Jon Croad and veteran defender Jackson Emblem and were clearly deficient in the air.

“They dominated there,” said Sinclair. “But if we’re undersized we still have to compete – it’s hard to crumb when they constantly marked the ball all over the ground.”

A behind, followed by the match-sealer from Jarryd Douglas, came after the Magpies had whittled their deficit to only two points after an extremely tough contest.

The Magpies looked shellshocked when PBC kicked 7.4 to the solitary point in the opening term. It was a poor start by the visitors and one that proved costly in  the end.

It was obvious that the Magpies held a superior height advantage over the Lions when they mounted their comeback.

It was a philosophic Anthony McDonald, Sherwood’s coach, who graciously accepted the loss but who left Salk Oval with plenty of positives heading into a big Brisbane derby against Morningside next weekend.

“The message was that you can’t give up a seven-goal first quarter and just not get in the contest early,” he said. “We got caught out around the ball structurally in the first quarter.

“But we got back into the contested footy, our tackle count went up and the quality of our tackles went up and we were able to square away that second quarter.’

McDonald said when the Lions managed to halt the Sherwood momentum midway through the final term it proved to be vital in determining the final result.

Former Brisbane Lion Liam Dawson was the start act with five goals and a number of wonderful marks in attack.

“He has a brilliant pair of hands and a lovely leap,” said McDonald of Dawson.

With Dawson, Brody Lumber, Aaron Highlands, Alex Mitchell and Jack Austin as tall targets, McDonald knows he has the offensive artillery to trouble any opponent.

“When we can get the ball forward we can score,” he said.

“It was a bit of disorganisation around the ball in the first quarter that really cost us.”
McDonald revealed it was a plan to unsettle the Lions with some physicality, yet denied it was all about intimidation.

“I wouldn’t say we intimidated them but we knew if we could meet them physically and put them under pressure that they’d probably start going for us – and that happened, definitely,” he said.

IT has taken just one match to convince the Broadbeach faithful that they have a match-winner in recruit Jordan Moncrieff.

The son of Hawthorn goalkicking great Michael ‘Gladys’ Moncrieff, Jordan booted six majors as the Cats downed Mt Gravatt by 15.11 (101) to 6.8 (44) at Dittmer Park on Saturday.

It is ironic that Jordan has landed at Subaru Oval, smack bang in the middle of the federal seat of Moncrieff, named after famous Australian singer of the 1930s,  Gladys ‘Our Glad’ Moncrieff.

His son Jordan kicked three of his half dozen majors in the third term on Saturday when Broadbeach put the match to bed with a term of 5.3 to just the one goal from the home side.

At Hickey Park, Morningside had too much firepower for Wilston Grange and took the honours by 14.14 (98) to 8.9 (57) with youngster Saxon Crozier and Matt  Hammelmann booting three goals.

Down on the Gold Coast reigning premiers Surfers Paradise hit back from their first-round hiding from Palm Beach Currumbin with a comeback victory against home side Labrador at Cooke-Murphy Oval.

Down by 19 points at quarter-time, the Demons regathered and eventually took the clash by an extremely accurate 14.2 (86) to the Tigers’ extremely inaccurate 9.14 (68).

Those stats tell it all – the Tigers had 23 scoring shots to 16 and paid the price.

Best for Surfers were ruckman-forward Matt Green, Nick Harrison and Connor Manning while for Labrador ruckman Fraser Thurlow and Leigh Osbourne were the pick.