QAFL/QAFLW games to be broadcast on NITV 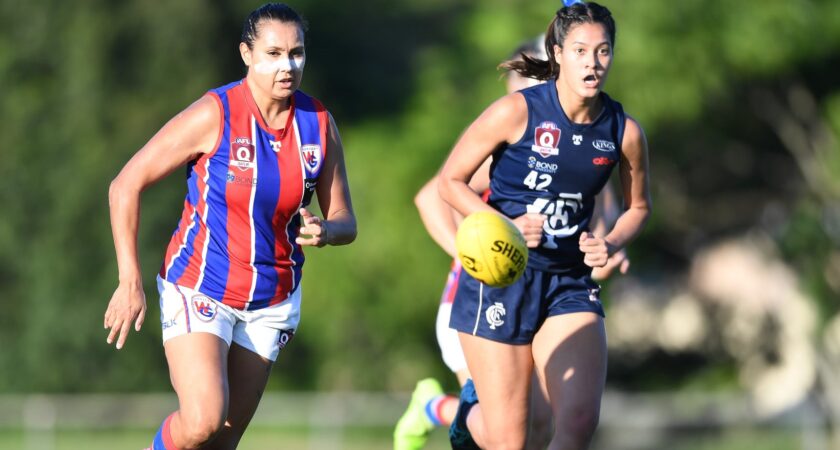 For the first time ever, QAFL and Bond University QAFLW games can be watched from the comfort of living rooms right around Australia.

From this weekend, NITV will air a weekly match on Sunday mornings, giving the Queensland men’s and women’s premier competitions national exposure.

Queensland State Leagues Competition Manager, Matt Bialkowski, said it was a fantastic milestone for the competitions to be shown on a nationwide broadcaster.

“We are delighted that we have the opportunity to showcase our Indigenous talent on a National stage through the partnership with NITV,” he said.

“Not only will it elevate the profile of our State Leagues, but also provide an opportunity for our talented players and competitions to be seen by a wider audience and hopefully attract more players to our great competitions.”

From then on, the live streamed match of the round will be aired the week after the game is played.

Once the QAFLW Grand Final has been shown, the QAFL season will commence with the same format and run through to late September, culminating in the QAFL Grand Final.

Queensland Diversity Coordinator, Peter Yagmoor, said the partnership with NITV would not only showcase the competition’s Indigenous players but promote inclusion.

“This is an amazing partnership with NITV, which will not only give our Indigenous athletes but also all athletes across QAFLW and QAFL the opportunity to show their talent on a national platform and continue to grow our competitions here in Queensland,” he said.

“I’m also confident it’ll give all athletes that second wind in their performance knowing that the cameras on them.”

Every Sunday at 10am from April 18th onwards: