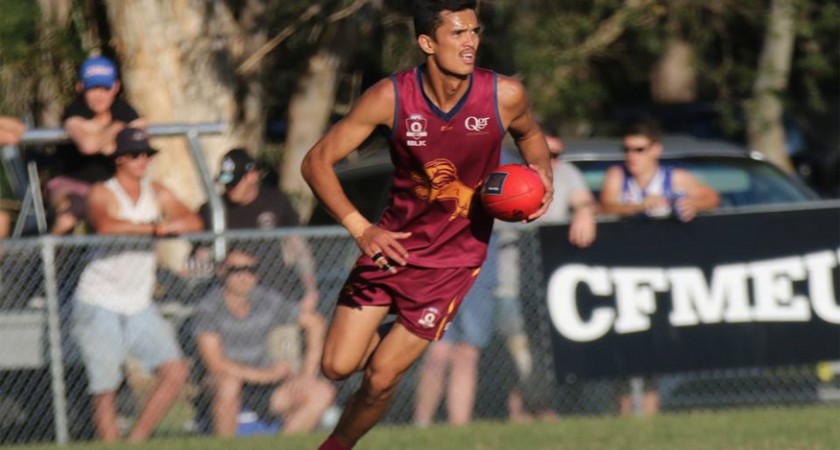 Everywhere you look in this one, there are matchups that have the potential to decide the game.

Here are a few to keep your eye on throughout the course of the afternoon.

If there is one thing Dyer has to do this week, it’s make Mills accountable. Mills is the most damaging rebounding defender in the competition and can singlehandedly change the pace of a game. Dyer needs to start well, hit up at the footy, and make Mills go with him. Mills will look to get off Dyer and be the spare/third man in at every opportunity, so even if that means sacrificing his own game to leave blokes like Douglas in a one-on-one, so be it. If Mills gets a stranglehold on this game, it could be over very quickly.

They might not be standing next to each other at every stoppage, but they are going to see a lot of each other in transition. They are one and two in the competition for gaining metres going forward. Woolley is going to try and win the battle in the air, while Clarke will get at his feet. Watch out for these two running away from stoppages.

Once Bantoft went down for the year, Young stepped up in the Tigers backline, becoming the key post. He faces another big test this week. Before Douglas went down with a shoulder half way through the second quarter two weeks ago, he had seven shots on goal. Young will go with him in the air, but it will be about what he can do when the ball hits the deck, because Douglas is just as strong.

They have had a good look at each other this year, and it’ll happen again. McNeven has the agility to go with Retzlaff on the lead, but is smart enough to avoid a wrestle under the high ball, opting to jump in with a fist late. It’s a good match up for him. But, these big games were made for Retzy. He showed against the Magpies that he will put his hand up when the time comes, and the game needs a hero. McNeven’s run off half back will be important for the Lions though. He was best on ground when these two teams met in round 9. This will be enthralling.