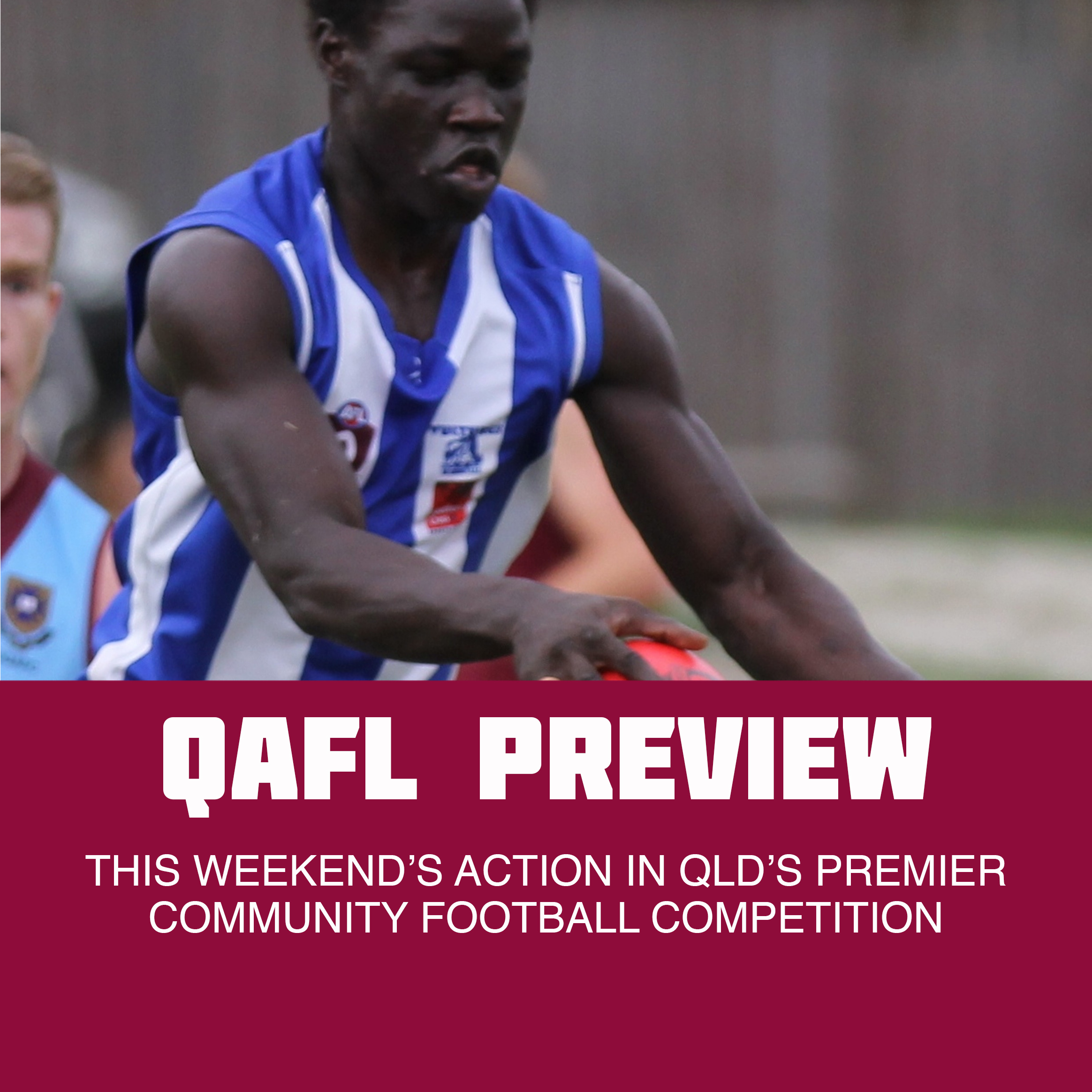 The most hotly contested spot in the QAFL could be up for grabs by the end of Saturday, if Surfers Paradise has anything to do with it.

The Demons take on Mt Gravatt, who currently occupies fifth spot, and a win for the visitors would blow the competition wide open.

With a game in hand, the Vultures know they have become the hunted, and their fate is firmly in their own hands.

Mt Gravatt coach, Brad Pollock, said his team felt the significance of each game heading into the back end of the season.

“The position means that every game we’re in has so much importance and we need to win the games that are within our reach,” he said.

“But, we had high expectations on ourselves last week and they didn’t eventuate, so we ‘ve got to be careful.”

Will Hamill will miss for Mt Gravatt, but they will be boosted by the inclusion of Jesse Green into the side, while Dom Nash will play his first game in eight weeks, after returning from Western Australia.

Surfers Paradise comes into the game with one of their most stable sides of the year, with just four  changes.

With a chance to throw themselves well and truly into the finals mix, Demons coach, Beau Zorko, said the equation was simple for his charges.

“This is extremely high stakes, as far as we’re concerned, and if we’re any chance to play deep into the year, this is a game we need to perform well and get a good result,” he said.

Labrador will unveil Geelong recruit, Shaydon Bloomfield, among a raft of inclusions, against Wilston Grange on Saturday.

Bloomfield comes to the Tigers from Lara in the Geelong Football League, after the 25 year-old decided to relocate to Queensland.

The star forward lead Lara’s goal kicking in the past two seasons and was sought by a number of clubs, before deciding on the Tigers, and coach, Steve Daniel, said Bloomfield would be a welcome boost to the club.

“He seems like a nice character and he trained with us last night. I think the hardest part will be settling in.”

Bloomfield is one of eight changes to the Tigers’ side to face the Gorillas, with key players including Tom Daniel, Simon Seddon and Todd Featherstone back in the side.

Both teams will have plenty at stake in the match, with the Tigers looking to maintain their gap on the mid-table logjam.

For the Gorillas, a win would keep them well in touch with the finals, currently a game outside the five.

Gorillas coach, Matt Trewhella, said his team was acutely aware of the stakes of the match.

“Our focus is on that fifth spot,” he said.

“We need to get a win over a former NEAFL side, because that’s who we’ll come up against if we play finals and we haven’t beaten anyone above us,” he said.

“Our energy levels are high and we are confident that we have prepared well enough to play well against a good opposition.”

The Gorillas have made two changes for the weekend with Ben Haire and David Tough coming into the side, replacing Greg Labey and Mackenzie Wise.

Broadbeach learned plenty from their Rd 2 loss to Morningside and coach, Wayne Petterd, says they will be keen to put that into practice tomorrow.

Petterd said the side had developed in a lot of areas over the 10 weeks since their first clash with the ladder leaders.

“We’ve grown as a group, we’re getting to know each other, our ball usage has improved and our decision making as well,” he said.

“We’re a young group coming together and we’d like to think that over the next few years we can be a Morningside type team.”

The Cats will have to do it without in form James Royes, who would have likely matched up on Panthers key forward, Kent Abey, tomorrow.

Broadbeach’s steady improvement through the season has not gone unnoticed at Jack Esplen Oval, with Morningside coach, David Lake, wary of the Cats’ ability.

“They will test our ball security,” he said.

“If you give it back, you won’t get it off them.

Despite a comfortable 85-poitn win last time around, Lake said the Panthers considered the Cats a true threat in the competition.

“That score wasn’t relative to the standard of the game,” he said.

“They’re happy to work hard, they tackle well defensively and they’re very good with the ball in hand.”

Full of confidence and on their home turf, UQ will be hoping to send a wave through the competition, as they face Palm Beach tomorrow.

The Red Lions had a weight lifted off them in their first 2014 win, over Sandgate, and coach, Matt Stewart, said his team wanted to continue that momentum.

“The monkey’s off the back now and we can play with a bit more freedom,” he said.

“The guys are more up and about at training…it’s nice to know you put the work in and that just adds to the belief.”

UQ have had a host of changes coming into the match, including two U18 players, Jonathan Macanawi and Josh Gale coming into the team, while Dalby sensation, Dan Mauch, has been called up to the Lions Reserves.

Palm Beach coach, Daryn Cresswell, said they were conscious of the threat posed by UQ at Oval 7.

“They gave us a real scare at home last time and they play their ground exceptionally well,” he said.

“They’re pretty combative and we’re under no illusions it’s going to be a really tough game.”

Shaun Wilson returns to the Lions’ line-up this weekend, while Liam McNeven, Thomas Thynne and Tyler Cornish have all been selected for the SUNS reserves.

Cresswell said he expected players like Tim Fielding and Sam Kitchin to lift again, after returning from injury in recent weeks.

“Once they get a bit more game time, they’ll get better,” he said.

“Their experience our on the ground and hardness really stood out on the weekend.”

The Western Magpies’ destiny is in their own hands and coach, Glenn Humphrey, says he expects them to grab it with both, against Sandgate on Sunday.

With the Magpies in the mid-ladder traffic jam that is fifth to eighth spot, a win keeps them in touch with finals and a loss effectively ends that hope, Humphrey said.

“If we don’t win, any chances we had of making the finals are pretty much gone,” he said.

“It is something that weights pretty heavily on the guys and it’s something we’re working on s a group.

“We need to make sure we attack it with the right frame of mind.”

After a slow start against the Hawks earlier in the season saw them chasing tail, Humphrey said they would need to be on the front foot from the opening siren on Sunday.

“We’ve got to get ourselves in a position when we’re not trying to chase and burning too many petrol tickets,” he said.

In-form forwards, Val Pope and Matt Thompson, are big losses for the Magpies for the match, while Jack Fox comes in for his first senior game of 2014.

Finals is out of the question for Sandgate, but coach, Rob Dickfos, said a win would be invaluable for morale.

“We’ve tried to build some belief and develop the realisation that we’re better than what we showed last week,” he said.

“This is another opportunity to prove ourselves, especially on our home ground.”

Corbin Dickfos has recovered from a knee injury to be named in the side, while Sam Lubke and Brendan Colch are also in, Tyler Arnott-Hollick’s season is over after it was confirmed this week that the youngster would need a full knee construction.