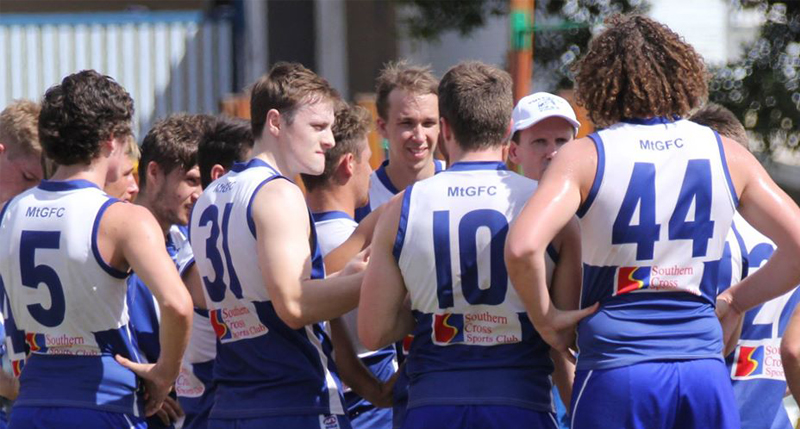 2014 must be considered successful for the Mt Gravatt Vultures. Following the depletion of their 2013 list, and an up and down start to the year, they came home strongly to secure a finals berth by percentage.  Nine wins and nine losses in the home and away season saw them take on Broadbeach in a week one elimination final in which they ran out 47 point winners. A heartbreaking loss after the siren the following week to Labrador ended their 2014 campaign, but on the whole 2014 ended up exceeding the initial expectations of coach Brad Pollock.

The Vultures have recruited well during the off-season. Adding to their young list will be highly touted, ex Redlands NEAFL player Rhys Estall. Joining him will be Matt Ness, making the move from Turvey Park in the Riverina Football League. Todd and Troy Jamieson, who both missed last year due to injury, will return to the Vultures line up in 2015, and in exciting news for Mt Gravatt, former captain and best and fairest winner, Andrew Scott has agreed to throw the boots on again for a handful of games. Scott, now living in Newcastle, will be spending some time in Brisbane this year.

In a fantastic sign for the club going forward, the only senior player that has departed from Dittmer Park is Brenton Saunders. He has decided to chance his hand in the NEAFL with Redland this year.

Pollock believes that the Vultures game plan was developed well in 2014. The experience they have added this year will compliment the speed of their younger players. Pollock will look to exploit this pace in a fast and free flowing brand of football in 2015.

“The expectations are that while we did well towards the end of this year, a lot of people will expect us to match that or be even better, so there is a lot of pressure in that regard. This group just can’t expect it to just happen, we need to work hard to keep improving. You’d expect the competition is only going to get better again, so we will need to take that in and make sure we continue to improve and do the hard yards that make that happen.”

Who has the X factor?

New recruit and key forward Rhys Estall will be the target of many of the Vultures forward 50 entries 2015. Expect him to hit the ground running and make an impact on the scoreboard from the outset.