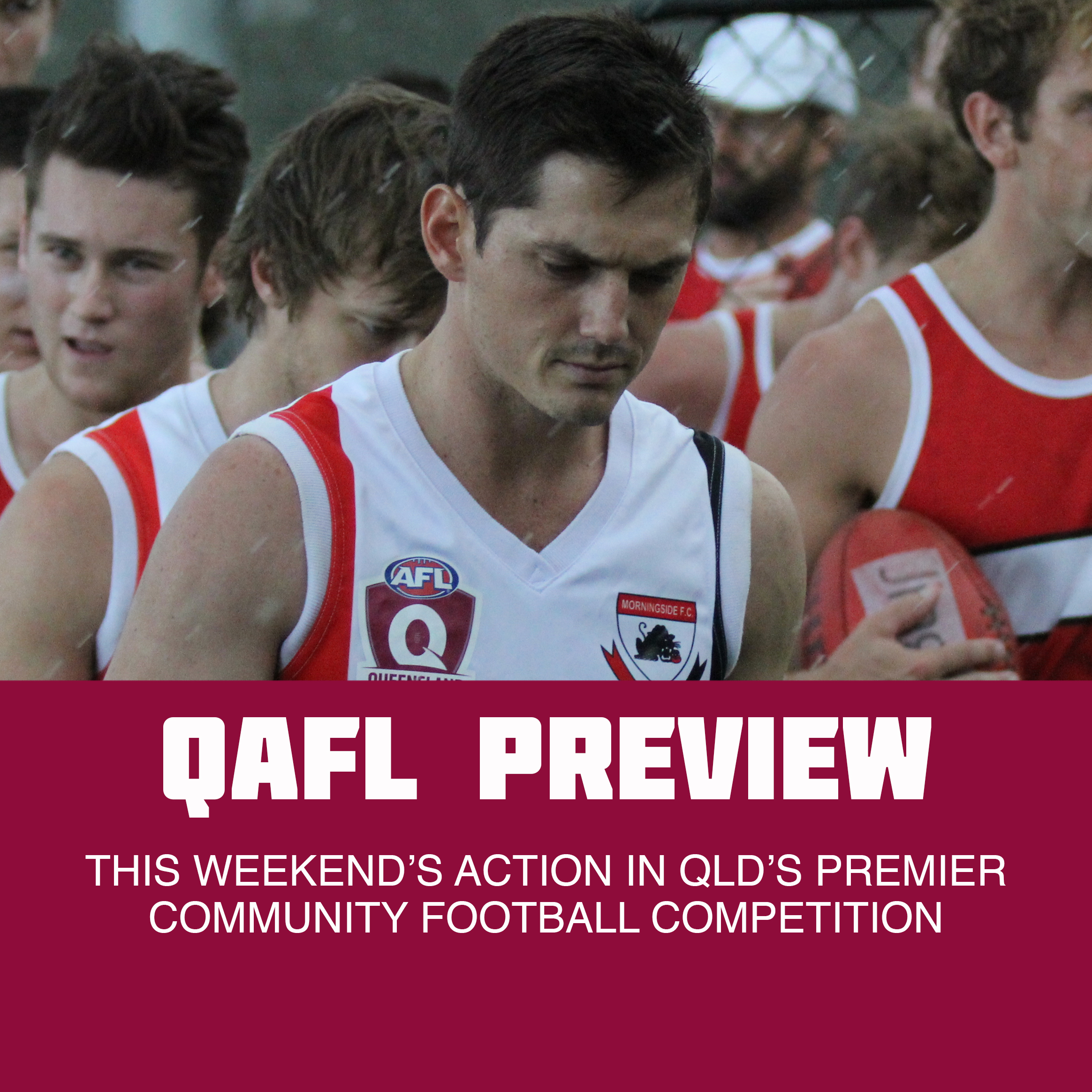 MATCH OF THE ROUND:

Surfers Paradise will be riding on a wave of confidence going into its match against Morningside tomorrow.

After clinching an upset win over Labrador last weekend, Demons coach, Beau Zorko, said the side was keen to face the competition benchmark.

“We need to not just replicate (our performance) but raise our standards, defensively and with the ball in hand,” he said.

“We’re really going to find out where we’re at and I’m looking forward to how our group responds.”

The Demons will welcome back some of their state U18 players into the side, in Cassidy Haberfield and Dylan Mutu, while 2012 Duncanson Todd Medallist, Jake Ryan, plays his first match of the year.

Zorko said the game would be a great showcase of homegrown talent, with both sides featuring a large proportion of their juniors who have come through the ranks.

“I think it’s great to see this (large proportion of local players) becoming a trend,” he said.

It won’t be easy for the Demons, with Morningside fielding close to their strongest team of the year, with the return of Adam Spackman and Josh Brown into the side.

Panthers coach, David Lake, said his side would be wary of the Demons’ momentum coming into the game.

“I hope they continue their terrific form into this week.”

Lake said his side was continuing to learn and improve each game.

“The best part is they still want to learn and they’ve still got their best inside them”he said.

“They’ll continue to challenge themselves.”

Palm Beach will be prepared for a fast start from Sandgate, when they head up to Lemke Rd tomorrow.

The Lions were caught unawares early in their match up last year, but senior coach, Daryn Cresswell, said they were determined to turn the tables this time around.

“We have a lot of respect for Sandgate, they compete really hard,” he said.

After a second half lapse against Wilston Grange, Cresswell said the Lions would be focused on consistency against the Hawks.

“We were lucky to win last week. We just stopped and thought the game was won,” he said.

“We need to show more consistency and stay involved in the game longer.”

Jackson Emblem (suspension), Luke Marshall (injury) and Jordan Wallace (omitted) will miss for the Lions, while Southport’s Dylan Troutman and Sam Haslem come into the side, along with Davan Dyer and Thomas Thynne.

Sandgate will welcome back a number of their state U18 boys for the clash, a prospect which Rob Dickfos has mixed feelings over.

“It feels a bit strange, getting excited about having some 18 year olds back- you don’t know how to take that,” he said.

“We’re happy with the quality, though, and we want to give the young guys every chance.”

Dickfos said his focus will be on winning the one on one contests.

“If we win those contests, they aren’t able to springboard (from defence to attack) and if we’re consistently applying pressure, they don’t have the time to do that,” he said.

Jackson Dickfos is one of those U18s in the side, in his first game in six weeks after a broken fibula, along with bottom age representatives, Corey Wagner and Liam Moseley.

Labrador coach, Steve Daniel, says his side can rebound, when it takes on UQ tomorrow.

The injury-ravaged side, missing key players including Kurt Niklaus, can take some solace in the inclusion of Jake Goldsmith and Mark Collison from Southport, but Daniel admitted they were up against it with their injury list at the moment.

“We’re licking the bowl, so to speak,” he said.

“(But) the group are ready to go and make amends tomorrow.”

Daniel said his team would not be leaving anything to chance, after its surprise loss to Surfers Paradise last weekend.

“If you don’t pay respect to the opposition, you are going to get found out,” he said.

“We don’t want to dish that up again.”

UQ coach, Matt Stewart, said it was all about playing four quarters, after a second quarter fade out last weekend against the Magpies.

“The guys know that not playing 100 minutes hurts us,” he said.

“It’s just about doing it on the field.

Stewart said he was pleased with his side’s trajectory so far this season.

“If you look at the way we’ve trended, we’re getting better and that’s all we can ask.”

George Hannaford comes back into the Red Lions side for the match, while Queensland U18 rep, Cameron Stevenson, will make his debut.

Trewhella said the Gorillas would be focused on keeping its cool with the ball in hand against the Vultures, and supporting each other better.

“Our young group has panicked with the ball of late and we have tried hard to simulate that game-like pressure in training to get them more comfortable,” he said.

“We need some of our players to play sacrificial roles so that our better players can have more influence.”

With Ben Haire still in the side, the Gorillas will line up on the taller side this weekend, and Trewhella said he hoped their height would give them a helping hand.

The Gorillas will gain defender, Henry Leong, back from state duties, along with his state teammate Liam Dawson, on debut.

Vultures coach, Brad Pollock, said conversion would be the key to unlocking this must-win game for his side.

“Our inability to kick goals against the top sides has been a major concern and we’ve been working on it,” he said.

“They were extremely competitive for large parts of last week’s game and we’ll take that into tomorrow.”

Pollock said players like Grange captain, Steve Brittain, would not go unnoticed in the match.

“We’re aware of the best players and we’ll certainly pay them a bit of attention, no doubt.”

While they will miss the experience of Will Hamill (work), the Vultures welcome back some X-factor in Mojok Aneet for the game, and Mitch Hart also returns from injury.

Broadbeach coach, Wayne Petterd, is backing his side to show its depth against the Western Magpies tomorrow.

Jaran Pantic, Michael Lindeback, Jesse Alexander and James Christie are all out with injury, but Petterd has faith his side can prove itself in spite of those setbacks.

“It’s an opportunity to get a look at some other people and it’s a good learning curve for us,”he said.

After their two most recent games went down to the wire, Petterd said his side needed to make an impression against Western Magpies, leading into matches against three leading contenders in Morningside, Palm Beach and Labrador.

Despite sitting second on the ladder, Petterd said his side wasn’t getting ahead of itself.

“We’ve been lucky to get some wins over the last five weeks, but it’s all about development,” he said.

“We’ve got some players playing just good footy and we need more than that.

“I reckon there’s improvement in about 75 per cent of our group.”

Peter Kilroy makes his return from injury in the match for the Magpies, along with  Ben Jaenke-Cain and Cory Hopkins, while youngsters Aaron Yusia-Marcic and Matt Uebergang, return to the side.

Magpies coach, Glenn Humphrey, said a win against could be pivotal to their finals chances.“It would set up our season,” he said.

“If we aren’t competitive against the top sides that leaves us in the middle of the table.

“We need to make sure we account for ourselves very well.”