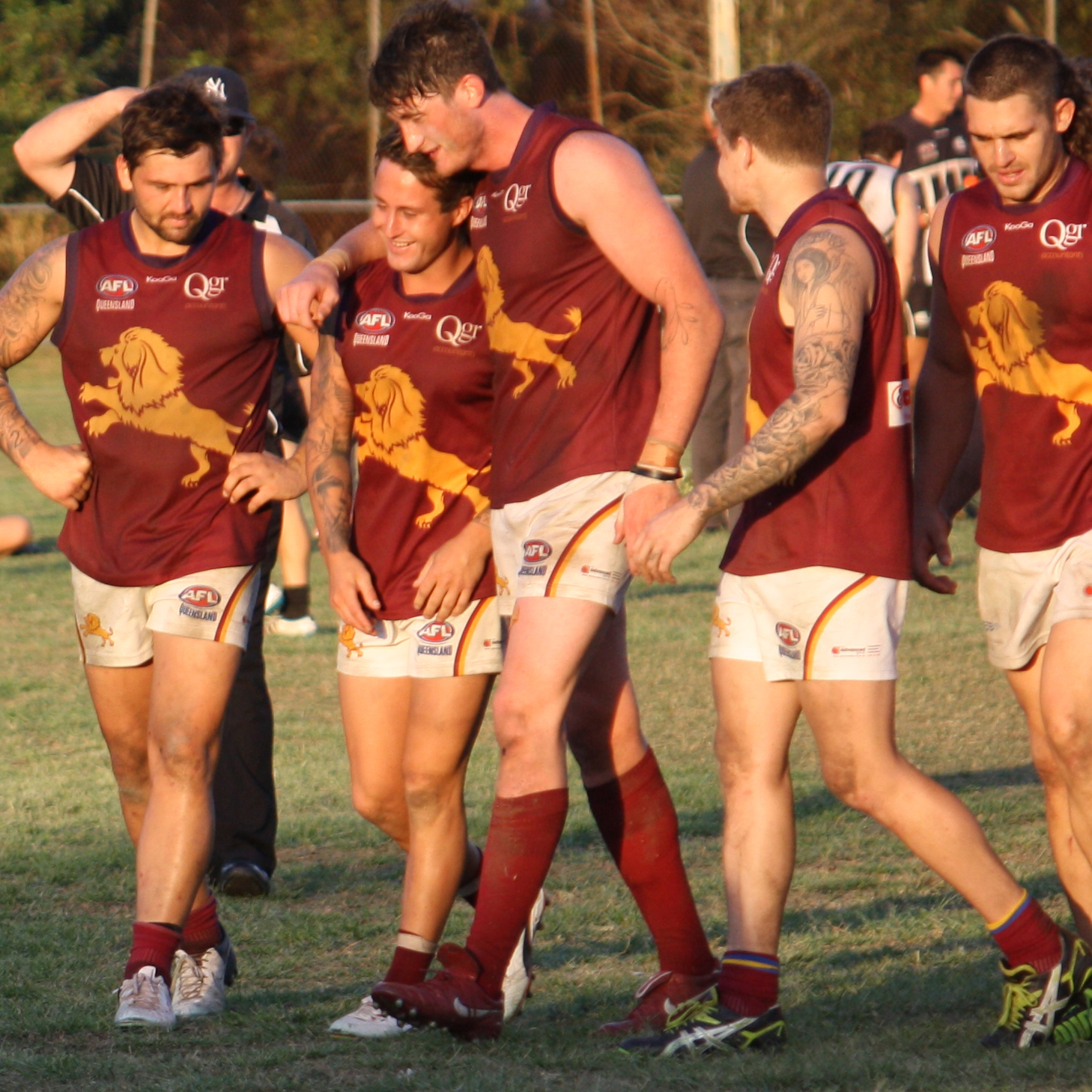 The Gold Coast side avenged their 2012 grand final defeat, as well as their most recent loss in this year’s qualifying final, with absolute dominance at Stafford.

The Lions were on top from the get go, but shot themselves in the foot with turnovers and inaccurate conversion.

Despite their poor finishing, even the opposition coach for the day, Peter McClennan, said his side felt the game was over in the third quarter.

“We were just beaten around the whole park today,” McClennan said.

“We made too many mistakes, they got their tail up and certainly made us pay.

It could have been a lot messier for the Magpies, who got a couple of late goals to close the gap in the last quarter, but it was ultimately too little, too late.

Missing Jimmy Rozynski and with a number of players in their side carrying injuries or illness, the Magpies looked cooked.

It didn’t get much better for the defending premiers, with Alex Dickfos down in the first quarter and Richard Wenham taken to hospital with a broken finger.

But, McClennan, said he wouldn’t blame injuries for the result, admitting the Lions were simply the better side.

“I just won’t take anything away from Palmy,” he said.

“That’s the best game I’ve seen them play for a long time.”

The Lions had their own late change, with Aaron Davis in for Tim Fielding, but even that didn’t hinder them, with Davis playing a blinder, shutting down classy Magpies forward, Val Pope.

Their regularly potent forward line simply couldn’t get their hands on it, and when it did venture into the Magpies’ forward 50, the Lions defence took it out with ease.

Bar a late flurry of goals, Matt Derrick beat Anthony Corrie in one of his best performances of the year.

After a wobbly start form the Lions, captain Angus Munro settled the ship with the side’s two first-quarter goals.

But after that first break, they were simply too good for the Magpies.

Clint Kelly was brilliant in the forward line, while Nathan Carr decided the boundary was the best place to kick them from.

Palm Beach coach, Daryn Cresswell, spoke confidently in the lead-up to the match, and his optimism was vindicated by the result.

“A lot of people looked at that first final, but if you take six players out of any side, it’s going to hurt you,” he said.

“We knew what we had coming back and we were confident when we got our full side back on the park that we’d be pretty hard to beat.”

Cresswell wouldn’t quite buy into the vengeance story, saying he felt the moneky was off the back when they got their win in round five this year.

“We haven’t played the Magpies with a full side (since Round five),” he said.

“I was always confident coming. Having key experienced players in your side puts your mind at ease.

“This is just the preliminary final. It was good, obviously, to win but the big event is next week.”

Cresswell said the poor goal kicking, which has plagued the Lions all season didn’t worry him.

“We’re trying to take the scoreboard out of it at the moment and really focus on what we’re doing structure-wise,” he said.

“We’ve really worked hard over the last couple of weeks on our structure and our ability around the contest to outnumber and the last two weeks we’ve been terrific. “

While Palm Beach is now focused on preparing for its third straight grand final, against Springwood, the Magpies are looking to usher in a new generation.

Their reserves prevailed by one point against the Magpies and with a number of senior players considering retirement, McClennan said they would be in a state of transition heading in to 2014.

“We’ve got some young guys from the reserve grade who will come into the senior side next year and there will be that transition of older players retiring,” he said.

“I don’t think it’s rebuilding, but the next group is coming through.”

Springwood and Palm Beach will play off for the 2013 Allied Pickfords Cup at Coorparoo on Saturday, September 14.

To see how the match unfolded, click here: http://bit.ly/17FwZhb