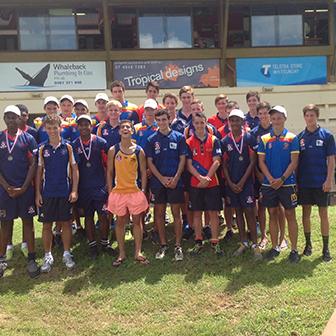 The North Queensland Squad has been named to play in the Kooga U16 State Development Championships.

To all players we thank you for your hard work till now and we wish players not selected the best for the upcoming season.