NQ & Gold Coast through to U16 final 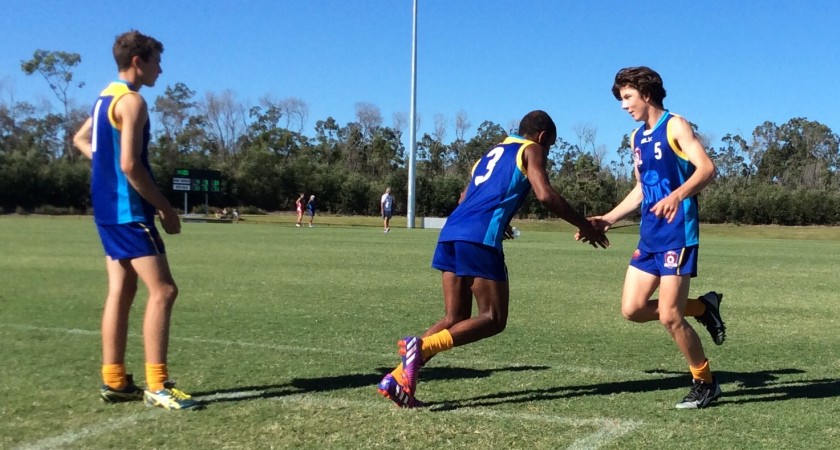 Brisbane South, North Queensland and the Gold Coast were the winners on day 2 of the Queensland U16 State Academy Championships at Burpengary.

In the match of the day, a blinding second half saw South Pacific come from behind to take the lead in the last quarter. Brisbane South rallied to boot a goal just seconds before the final siren to take the win by  three points.

In game 2 North Queensland’s accuracy in front of goals was the telling factor in their win over Brisbane North. Despite 32-point margin, North Queensland had just two more shots on goal than their opponents.

With both North Queensland and the Gold Coast undefeated, the two teams have been scheduled to play off in the final at 10:00am Monday