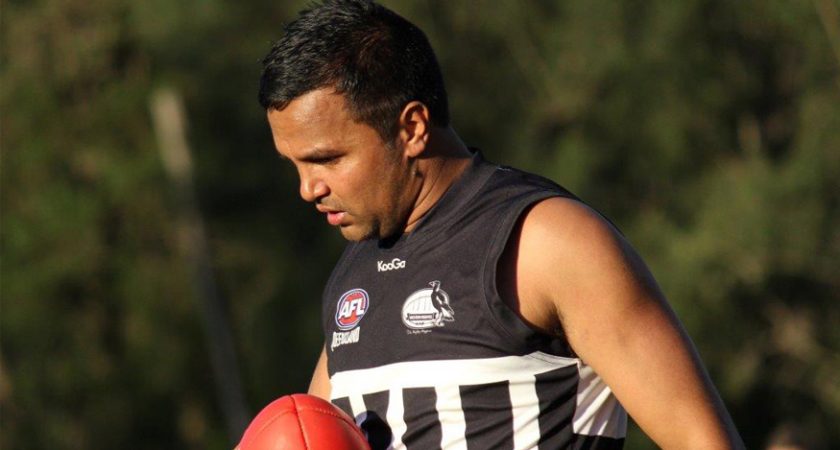 Western Magpies Director Andrew Thomson has a new look in mind for the club’s 2018 season. Having locked down the signature of former Lion Ryan Harwood and recently another former Lion to add to the collection in Anthony Corrie, the Magpies are shaping up strongly for next year.

According to Thompson, despite Corrie having a bright coaching future there is no coaching element to the appointment and his focus will primarily be on playing to the best of his ability at QAFL level.

“Not an official coaching role, but certainly he’ll be playing a key mentoring role and there’s no doubt like any experienced player of his caliber there’ll be an element of on-field coaching,” said Thomson.

“There’s at least half a dozen guys that Anthony actually coached in the colts four or five years ago that are now playing senior football. So he’ll be playing with his former pupils so to speak.”

As Thomson explains, the Magpies have also secured promises of funding to resurface their Chelmer home ground from both the LNP and ALP parties in recent weeks.

“For the field it’s huge because we obviously we played QAFL finals in 2015 and 2016, and both times earned the right to host games and couldn’t,” said Thomson.

“Grass coverage isn’t really the issue, it’s more to do with the unevenness of the surface. The only way to fix that is a full (resurfacing), top dressing doesn’t fix that unfortunately because the problems are 10 feet down.”

The proposed resurfacing could provide the West Brisbane club with a new surface, new goal nets and padding, to go with their new recruits.

The ‘new look’ Magpies remain committed to a youth strategy but will continue to look to add experience where necessary and according to Thomson, they’re still in discussions with prospective players.