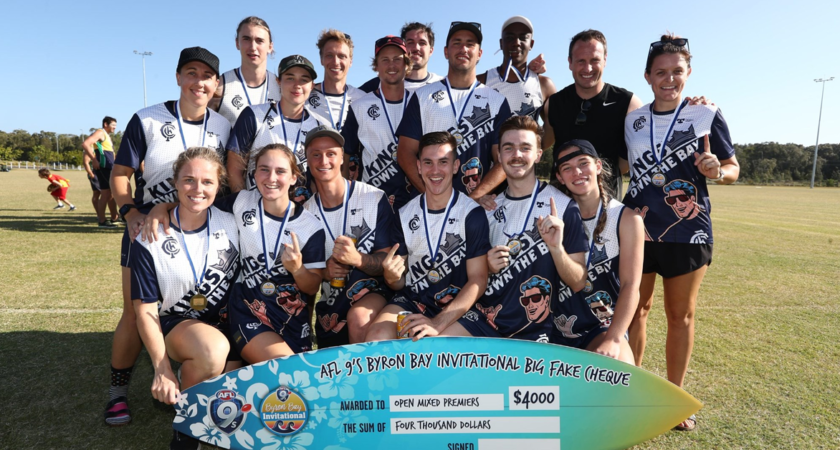 A star-studded Emus side rose to the top of the Byron Bay AFL9s Invitational last weekend to blitz the field as win the Masters Max Grand Final.

The Emus, which featured a plethora of former AFL players including Nathan Bock, Rhett Biglands and Jack Anthony won out to win the division as well as the $4000 prize.

The win came over a convincing performance against perrenial Grand Finalists Super Kings, who had won the division in 2018 and were again the runners up in 2017.

The Masters Max Grand Final was one of four hotly contested title games – the closest of which was the Masters Seasoned Grand Final.

Byron Bay AFL9s Invitational veterans Hunters and Villains won out in the Masters Seasoned Grand Final with a seven-point win over the Rusty Cannons 7.3 (45) to 6.2 (38).

A new champion was crowned in the Masters Mellow Grand Final with the Weeping Willows producing an accurate performance in the big dance to usurp 2018 Masters Mellows champions Pittwater Phantoms by ten-points.

A stacked Mixed Max division provided perhaps the most enthralling AFL9s football of the weekend with plenty of big names featuring across Saturday’s play,

The umpiring panel was headlined by current AFL umpires Leigh Hausen and Alex Whetton who were joined by a host of NEAFL, QAFL and high performance umpires who officiated all 73 games throughout the weekend.

AFL Queensland Schools and AFL9s Programs Coordinator Kat Julius was pleased by the weekend and hailed the continued success of the carnival.

“This year we saw even more teams, both new and returning, taking part,” Julius said.

““The Byron Bay AFL9s Invitational was sponsored by Eximm Australia, Bricklane Brewing and Budgy Smuggler and we thank all of them for the ongoing support.” 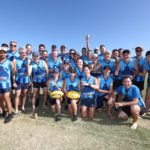 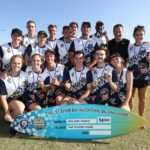 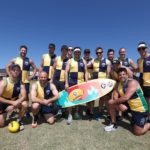 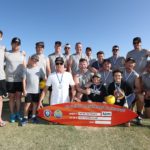