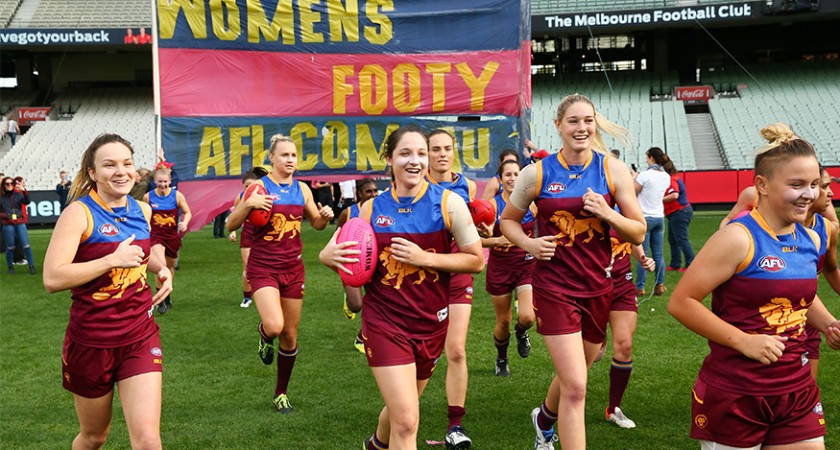 The AFL Commission has approved some key rule changes for the inaugural 2017 NAB AFL Women’s competition.

All other rules will be in line with the laws of Australian Football with consideration still to be given to the application of an interchange cap following further consultation with clubs and coaches.

“Independent studies by Deakin University and RMIT have helped form the view that the women’s game will be enhanced by reducing the number of players on the field as well as the size of the football,” Mr Lethlean said.

“Both these initiatives were trialled in the recent All Stars match on September 3. Analysis of that match showed a significant reduction in stoppages while increasing disposal efficiency and scoring.

“We also consulted a select group of AFL coaches and game analysts and, importantly, a survey of the players who competed in the All Stars match showed that close to 80 percent supported the rules and ball size that were trialled and would like to see them implemented in the upcoming season.

“We want to ensure this is a great game to play and exciting to watch.”

The inaugural NAB AFL Women’s competition will be played in early 2017.