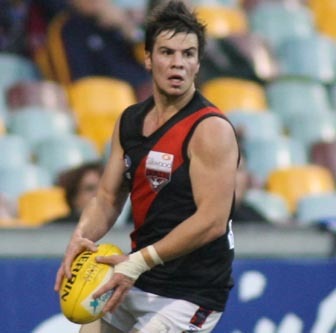 The Redland Bombers have picked up one of the NSW mid-Coast’s most exciting young players but have lost a potential recruit back to Victoria.

Teenage onballer Simon Taylor won the Sawtell Saints’ most consistent player award last season as the club swept all before it in the North Coast competition.

The 18-year-old will learn plenty at a club that already boasts the likes of Anthony Corrie, Travis Johnstone, Matt Thomson and triple club champion Phil Carse in the midfield.

The Bombers have seen one recruit return south after an employment opportunity too good to refuse attracted experienced backman Nick Knight back to Rochester in the Goulburn Valley League.

Creative running defender Knight began training with the Bombers before Christmas but returned to his old club last month.

Mueller played five qualifying rounds games for the NT Bombers, being named in the best on three occasions.

He will be a key part of the Bombers’ assault on a finals berth after narrowly missing September action last season.