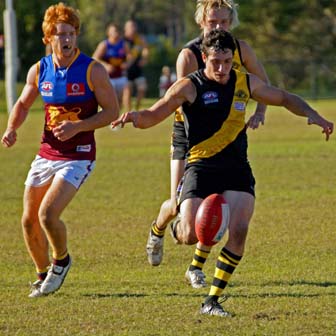 The first round of the Club Aid Trophy involving NEAFL clubs has seen a change of venue for the southern-based teams this Saturday.

The six games originally scheduled for Fankhauser Reserve at Southport have been transferred to Labrador’s Cooke-Murphy Oval.

In a bonanza weekend for Gold Coast football, the Gold Coast Suns will play the Brisbane Lions in a NAB Challenge match at Southport on Sunday.

Labrador will now host both rounds of the Club Aid Trophy involving the southern-based clubs after having been preparing to host the Saturday 19 March fixtures there, which they will continue to do.

The Tigers, who played in their first ever QAFL grand final last season, play in the two feature matches of this weekend with clashes against arch rivals Southport and the Gold Coast Suns.

The 40-minute long games mean supporters will be able to view six different teams in action at the one venue on the same day.

This Saturday’s opening round of Club Aid fixtures are: