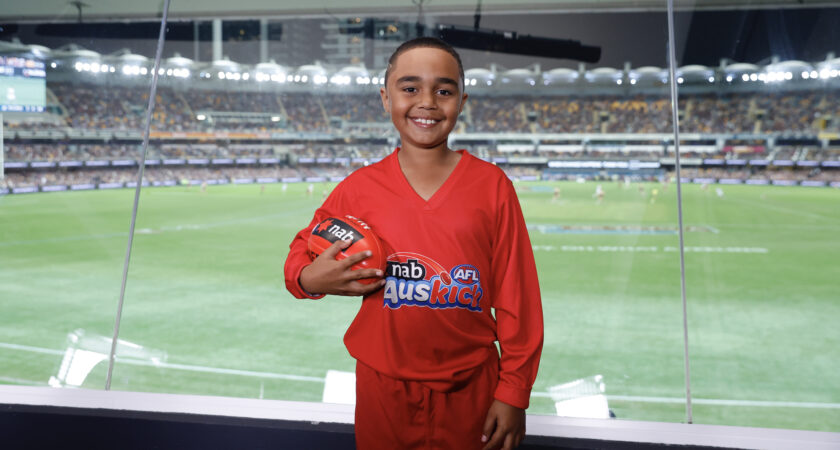 Zede Southgate, from the Moreton Bay Lions NAB AFL Auskick Centre in Morayfield, became the envy of all Auskickers when they were announced as the weekly nominee for the 2022 NAB AFL Auskicker of the Year competition.

The NAB AFL Auskicker of the Year competition calls for registered participants from around the country to enter for the chance to become one of the weekly nominees. All you need to do is show NAB your skills and have fun.

Weekly nominees are announced on the Seven Network’s broadcast, with Zede announced during the Round 16 match between Brisbane and the Western Bulldogs on Thursday night.

Zede will have the ultimate experience at the 2022 Toyota AFL Grand Final where they will play NAB AFL Auskick on the ground and present a medal to a premiership player.

It only gets better for Zede, who now has the chance to be crowned the overall 2022 NAB AFL Auskicker of the Year which will be announced at the Brownlow medal.

The lucky 2022 NAB AFL Auskicker of the Year winner will receive $5,000 from NAB plus Geelong Cats captain, Joel Selwood, and AFLW star Katie Brennan, as their personal footy mentors in 2023.