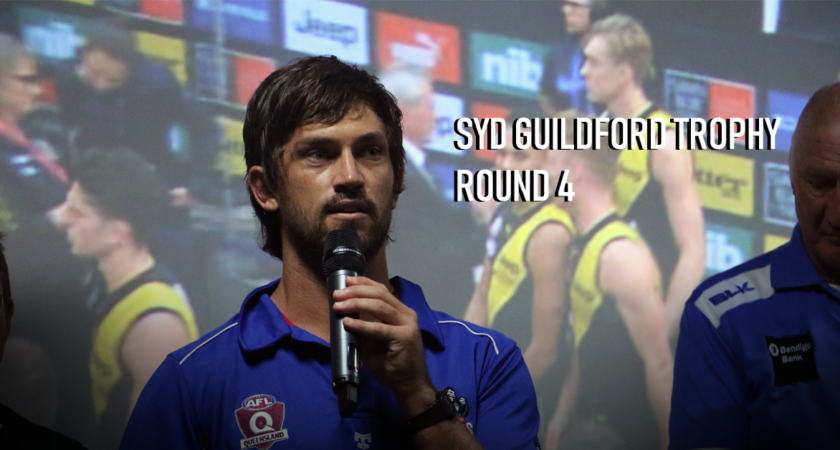 Wilston Grange half-forward Mitchell McKee has capped off a remarkable fortnight in the QAFL by moving into the top ten of the Syd Guildford Trophy.

McKee has enjoyed a purple patch of form in the Gorillas’ pair of wins against Western Magpies, the only game in Round 3, and again in the traditional ANZAC Day eve showdown against Sandgate.

Against the Magpies, McKee earned three votes before his three goal, best on ground performance against the Hawks saw him poll the perfect ten votes to sit third in the overall Syd Guildford standings after four rounds of competition.

Gorillas defender Isaac Corvo also earned the maximum ten votes in the Good Friday showdown while Angus O’Brien (seven) and Harry Milford (four) also polled alongside Jack Goodall (four), who was the lone Magpie to earn votes in the game.

A host of Gorillas dominated the voting in the Wednesday night showdown with O’Brien (four) again featuring followed by Ryan Thomson (four) and Dylan Reid (three) who also received votes.

Palm Beach Currumbin midfielder Thomas Thynne has been rewarded with his standout form in the reigning premier’s 52-point win over Mt Gravatt with a game-high nine votes.