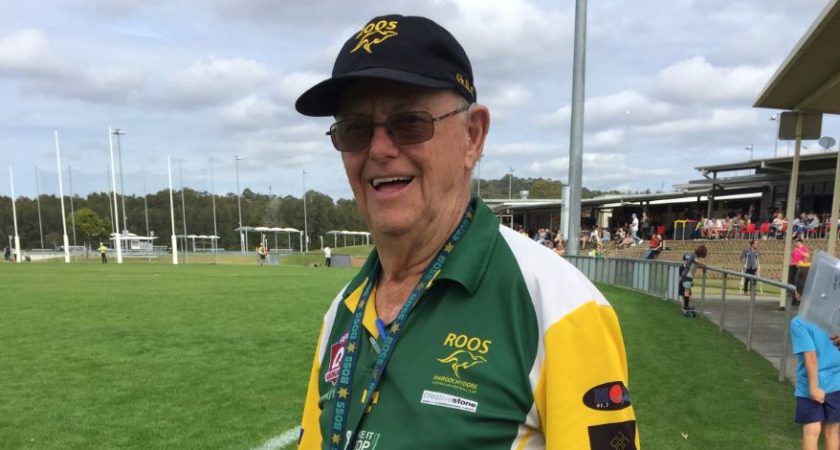 Volunteers are the lifeblood of community football. Without them, our clubs would fail to function as effectively as they do.

Each club has their own group of dedicated volunteers and at Maroochydore AFC, one of those is Graeme Meredith.

Meredith, the club’s Property Steward, will celebrate his 80th birthday tomorrow, July 18, and given his enormous contributions to the Roos, we would like to wish Meredith a very happy birthday.

His tenure with Maroochydore spans over 12 seasons. He organises the balls, flags, whistles and all other paraphernalia needed to run the club’s countless teams.

On weekends he hauls a car full of equipment for the senior men’s side, who currently sit atop the QFA HART Sport Cup ladder, wherever they go.

Unlike most 80-year-olds, Graeme – or G-Dog as he is known around the club – will often start his days with the Roos as early as seven in the morning; not finishing until late in the night.

“He is always the first one at the club and often the last to leave,” Maroochydore AFC Operations Manager, Lisa Daldy told aflq.com.au.

“He can still be found washing football jumpers from the weekend’s games at 11pm on a Saturday night.”

Nine years ago, Meredith invited a young neighbour, Ritchie, to help out on game day filling up water bottles and ensuring teams are ready for their respective matches.

Ever since, Ritchie has become a cult hero at Maroochydore and can be found at every training session and game day.

“The players all love Ritchie, and he is usually in the thick of it as they celebrate their wins,” Daldy said.

“Especially after last year’s premiership win, which saw Ritchie proudly holding the premiership cup and singing the song in the player’s circle.”

Prior to his retirement on the Sunshine Coast and subsequent involvement with Maroochydore, Meredith worked with the Essendon Bombers for 13 seasons in the 1980s as a property steward before moving up north with the Sydney Swans where he operated in a similar role.

Perhaps Meredith’s biggest legacy at the Roos is not in ensuring the plethora of guernseys are ready and washed before each weekend, but in providing an opportunity for the next generation to get involved in the club.

From everyone at AFL Queensland and Maroochydore AFC, happy 80th birthday Graeme!