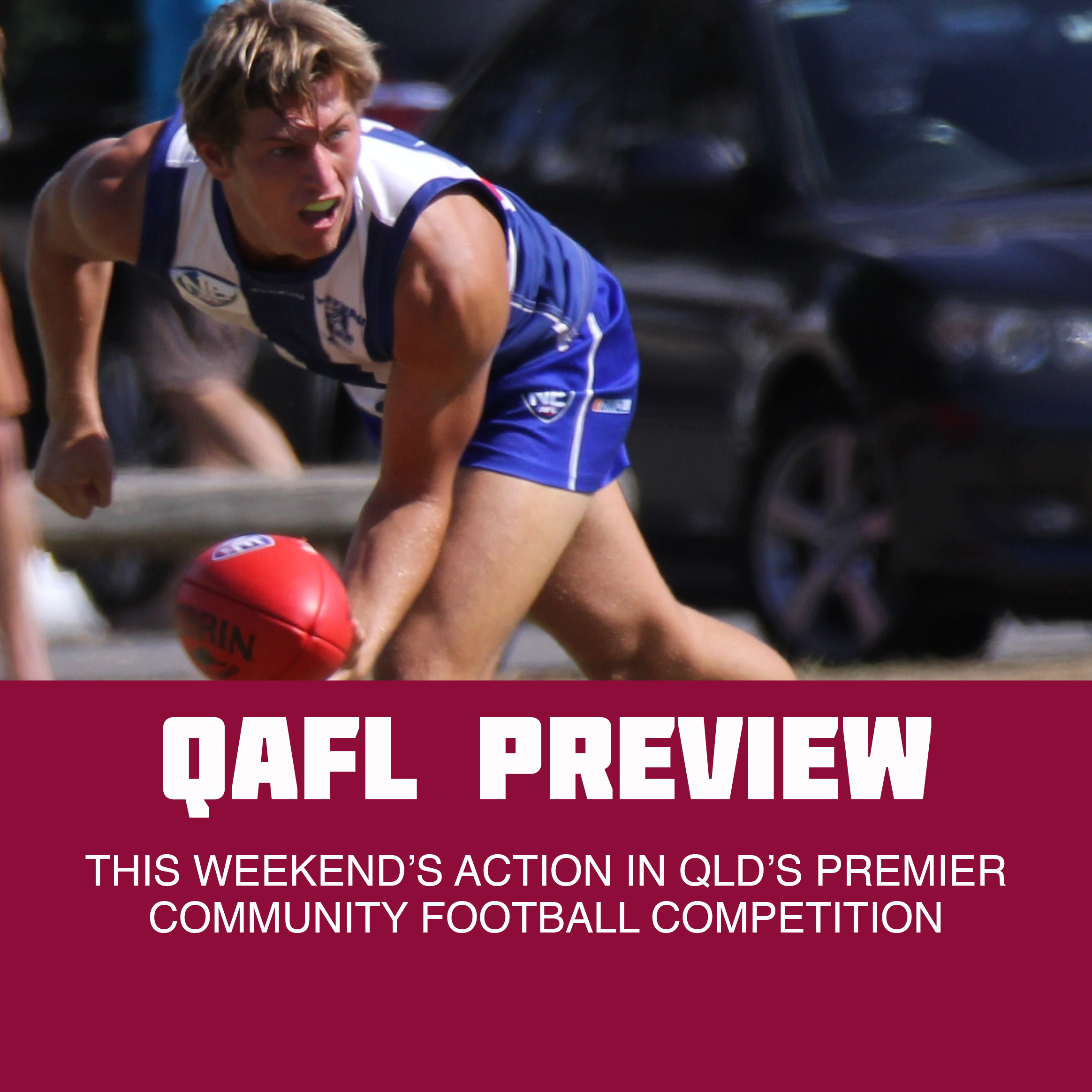 MATCH OF THE ROUND
MT GRAVATT V UQ

Mt Gravatt coach, Brad Pollock, knows how important this weekend’s match against UQ is for his team’s season.

With the Vultures on one win, the Red Lions still searching for a breakthrough victory, a win for his side would keep them in touch with finals contenders.

“The bigger picture is we need to win if we’re to hav any illusions of playing finals,” he said.

Pollock said the Red Lions shaped as a big unknown ahead of their first clash.
“With other teams, I’ve had a better idea of who we’re coming up against,” he said.

Vultures ruckman, Wiley Buzza, has been called up for state U18 duties this weekend, but  the side will welcome back senior players Will Hamill and Sean Yoshiura for the match.

“Our group is lacking those experienced guys to provide leadership and they’ll bring that,” he said.

“They bring so much to the group.”

For the UQ side, each game is about improving, but coming off a narrow loss against Surfers Paradise, they’ll be keen to prove themselves.

Red Lions coach, Matt Stewart, said his side needed to maintain consistency across the game tomorrow.

“After last week, the guys see we can win,” he said.

“It’s just about being able to maintain structure and discipline for longer periods and last week we did that.”

Backman Brodie Tebbutt returns to the side, along with Michael Scruton and Jono Gotham, coming off a four-goal reserves performance, but the Red Lions will lose Scott Miller (Lions reserves) and Dan Poultney (soreness).

Live coverage of this match will be available on aflq-new.fspdev.com

It’s been almost a decade since they matched up, but there’ll be plenty of heat when Broadbeach take on Surfers Paradise.

The Demons have four ex-Cats in their side, including captain Ryan Dienjes, with a number of past players and supporters having ties to their local rival as well.

Surfers Paradise coach, Beau Zorko, said while they hadn’t spoken about the rivalry, the players were definitely aware of it.

“It’s great to reignite some of those local rivalries,” he said.

“I don’t feel the players need constant reminders of who we’re playing.

Broadbeach coach, Wayne Petterd, said tomorrow’s match could be the start of a long rivalry between the two sides.

“We’re looking to rekindle that past history,” he said.

“This could end up being rivalry that grows over the next 10 years.”

Petterd said the side would be looking to continue the improvement they’ve shown so far.

“If we can pick up work rate and skill level up and gradually improve and be patient, we should  go well,” he said.

”The group are keen.”

With Michael Forsdyke, Andrew Siekai, Dan Skrinnis coming into the side, Petterd said this was the strongest Cats line-up so far this season, with some extra experience from those inclusions.

Southport’s Ben Merrett comes into the Demons side for the first time this season, giving the side a massive boost with his athleticism, while Trent McIntyre, Hugh Priest and Nick O’Hare are all back.

Wilston Grange is keen to test itself against the QAFL yardstick, in Morningside, this weekend.

Gorillas coach, Matt Trewhella, said the club looked up to Morningside both on and off the field and tomorrow would be a chance to see where they’re at in their progression.

“When I first looked at the draw, the team I looked for was Morningside,” he said.

“We’re striving to become the kind of club they are.

“I love the way they play their footy and the way all the guys buy in to their culture.”

After a tough loss to Broadbeach last weekend, the Gorillas welcome back a handful of key players into their side, and coach, Matt Trewhella, said they would be ready for the ladder leaders.

“We’ve got a bit more polish, with a few senior guys back into the side,” he said.

“What we get out of the game is what we bring to the contest.”

In-form defender, Anthony Penny, will likely get the first crack at Panthers’ forward, Kent Abey, but Trewhella said the key would be cutting off delivery from Morningside’s midfield.

Panthers coach, David Lake, continued to take a more inwards view of the match, with his focus on continuing to improve.

“It’s about execution,” he said.

“I don’t think our intent or willingness has been questioned, but our execution of skills and game plan needs to improve.”

Nick Tomlinson (work) and Bill Pendlebury (elbow) will miss the match, while Peter Mollison and Lochie Dignan will come into the Morningside team.

The time has come for Sandgate to translate effort into wins, as they prepare for their clash with Labrador on Saturday.

The Hawks have taken confidence from their effort against premiership favourites, Morningside, and coach Rob Dickfos, said he would be looking his side to continue to lift against the Tigers.

“It’s okay to push sides, but now we’ve got to get results.

“Being close enough is not good enough.”

The Hawks have maintained a fairly stable team this week, in a welcome change for the team who have been heavily affected by state U18 and NEAFL call-ups in recent weeks.
Dickfos said the stability breathed some confidence into his team.
“It’s a matter of the Aspley guys and the new guys really jumping on board and they’ve started to do that, “he said.’

“It builds up a lot of belief that if we do the work and persist, we’re capable of pushing any side.

Dickfos is giving Tom Overington (flu) and Declan Bevan (ankle) until tomorrow to prove their fitness for the clash.

Labrador will hope to capitalise more on their opportunities against the Hawks, after some inaccurate kicking in recent weeks.

Spida Everitt will miss the match, while Ned Aulsebrook comes into the side.

Palm Beach and the Western Magpies have had some fierce face-offs in recent times, but Palm Beach coach, Daryn Cresswell, says a lot has changed in 2014.

With both sides turning over some players in the off-season, Cresswell dismissed the suggestion that there would any extra feeling in the game.

“We’ve had some great battles over the years, but the personnel’s changed a lot,” he said.

“They’re just another team. We just need to focus on playing good football, being disciplined and get the four points.”

In a four-week block of tough matches, with two straight losses to Morningside and Labrador Cresswell admitted a win this weekend would be crucial.

“We could be real contenders, but we’ll fall away pretty quickly if we don’t win games like we need to,” he said.

“We don’t want to drop this game.”

Magpies coach, Glenn Humphrey, said his side would be able to stand up to the physical play the Lions have shown early in the QAFL season.

“I’m expecting a tough, hard game. They’ve got a lot of bigger-bodied players to contend with and that in itself will be a challenge,” he said.

“That’s what our game plan is based around, so I think it will be a good contest.

Defender, Jackson Emblem is a crucial inclusion for the Lions, while Brock Askey will also return to the Lions, recovering from an ankle injury, along with Thomas Thynne, Blake Schneider and Davan Dyer.