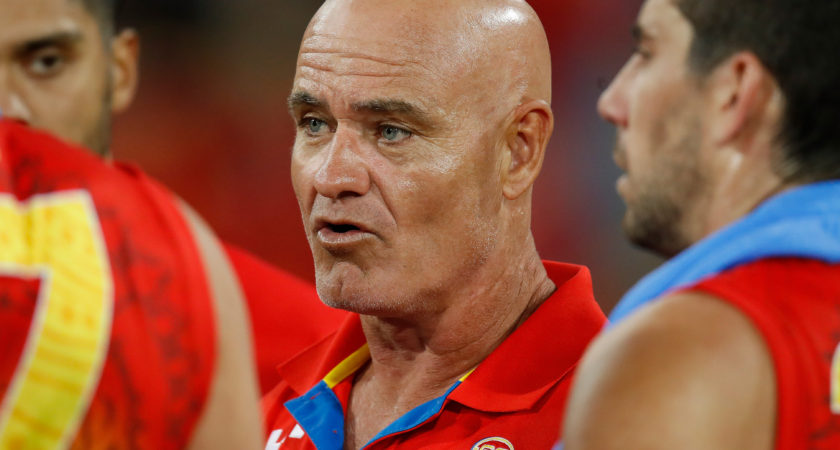 AFL Queensland today announced that former Gold Coast SUNS Assistant Coach Andy Lovell has been appointed Head Coach of the QAFL representative team for their clash against the Adelaide Football League on June 8.

Lovell, who had a 164 game AFL career playing for Melbourne and West Coast, spent eight years as an assistant with the SUNS between 2011 and 2018. He will be supported on the coaching panel by former Western Magpies mentor Paul Grentell, along with former North Melbourne and Fremantle star and newly appointed  Palm Beach Currumbin coach, Jess Sinclair, and current Sandgate senior coach, Jarad Marsh.

AFL Queensland’s State Manager – Senior Football Operations, Barry Gibson, said he was delighted with the coaching group that had been assembled.

“It’s most pleasing to have someone of Andy’s ilk leading a young and contemporary coaching group. No doubt the other coaches will relish the opportunity to work with Andy and draw on his recent coaching experiences at the elite level”, Mr Gibson said.

“Knowing Andy’s skill set, not just as a coach but as a people manager, we are confident that will go a long way to ensuring we pull together a quality playing group that can provide a great representation of QAFL footy”

Andy Lovell spoke about the importance of the QAFL rep fixture and his excitement ahead of leading the Queensland side.

“It’s great to get the chance to lead Queensland’s best QAFL players when we take on Adelaide Football League later this year”, Lovell said.

“i’m looking forward to helping showcase our state league talent and working with a quality playing group. Hopefully we can do Queensland proud.”

After a rep footy hiatus in 2018, this year’s game will form part of a big day of quality football at Aspley’s Voxson Oval. NEAFL teams Aspley and Redland will open the day at midday before the representative clash at 3pm.