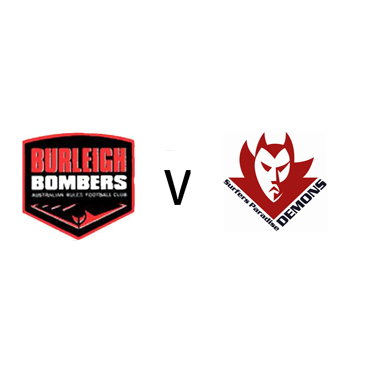 ROOKIE Surfers Paradise coach Beau Zorko has refused to be drawn into a slanging match with Burleigh counterpart Zane Doubleday in the build-up to the Gold Coast derby at Bomberland.

Zorko, installed as caretaker coach at Surfers following the shock departure of Rob Martin, did not want to comment on Doubleday’s view that some players were responsible for the demise of Martin.
When asked what he expected from the Demons, under a new boss, Doubleday replied: “I expect them to come out all fired up because they’ll have a point to prove – that the playing group has made the right decision by getting rid of their coach.
“From what I’ve heard, sections of the playing group were behind it.”
Zorko, just 26 and into his first seniors coaching position after coaching Labrador’s reserves in 2009, did not take the bait.
“Let’s not delve into those mind games,” he said.
“My brief for the rest of the season is obviously development. That is big because we have a young and talented list.
“We’re concerning ourselves with a process and if we get that right and execute it well, the results tend to look after themselves.”
Burleigh, level with the Demons on three wins and four losses for 2011, have lost star forward Luke Rowe (holiday) and Chris Johns.
The Bombers named former Labrador ruck/forward Matt Garland for his first seniors appearance and also recalled Jacob Howell.
Surfers have five changes this weekend. They re without Mark Sanford (ribs), Jake Tooma (lower leg), Mark Thompson (work), Matt Goonan (omitted) and Daniel McGavin, who is returning to Queanbeyan for work.
The Demons promoted West Australian recruits Rhys O’Brien and Luke Richards, ruckman Jon Stephens, Josh Orton and widely-travelled ruckman Nick Barling.
Barling is playing for the Dees on a one-match permit.

HUGH MATCH FOR THE LIONS
LADDER POSITION MEANS NOTHING