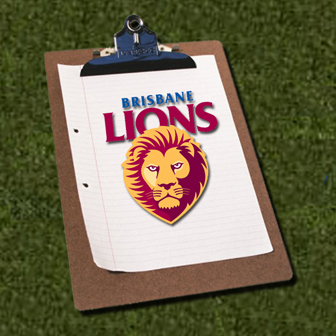 A stunning burst of five goals in 12 minutes against a strong breeze in the second term set up the Brisbane Lions Reserves’ 15-point win over Aspley at Graham Road today.

A stunning burst of five goals in 12 minutes against a strong breeze in the second term set up the Brisbane Lions Reserves’ 15-point win over Aspley at Graham Road today.

The Hornets, playing under Russell Evans for the first time following Russ Harding’s mid-week resignation, tackled ferociously for the opening 45 minutes of the game and restricted the Lions to a solitary goal.

They led by 16 points and had a three-goal breeze at their backs midway through the second term, but the instant their intensity waned, the Lions pounced.

After Matt Shir, Sam Carpenter, Jamie Sheahan and Matt Davis had dominated the midfield battle to that point, Claye Beams and Pearce Hanley took over with some dynamic running off half-back.

With Troy Selwood and Andrew Raines joining in, the Lions ran the ball forward in waves and big forward Aaron Cornelius rewarded their efforts with some spectacular goalkicking.

While the Hornets had nailed just three of the first 10 shots in the difficult, blustery wind, Cornelius weighted a 45m set shot on an angle perfectly to break a 31-minute goal drought at the 16-minute mark of the term, then produced a freak effort nine minutes later.

He grabbed the ball in a pack, weaved in and around a number of opponents and then threaded a miracle goal from the boundary on the same side of the ground.

To cap off his purple patch, he nailed another goal from the same pocket shortly after following some exquisite footskills from his midfielders bringing the ball down the ground.

Cornelius had four of his side’s six goals to halftime and finished with 6.1 in a gamebreaking performance.

Robert Copeland moved onto Cornelius just before halftime and did an excellent job in the one-on-one duels in the second half, but Cornelius was still able to generate two more opportunities.

Both sides suffered significant injury blows, with the Lions losing Adam Spackman (calf) in the first quarter, and then their No.1 draft pick Callum Bartlett with a serious knee injury in the second.

The home side lost State squad member Jamie Sheahan with a bad cork above the knee midway through the second term, and lively forward Brodie Shade around the same time.

The Lions led by 16 points at the long break and did not have things all their own way in the third term as big Dylan Reid won plenty of ball a kick behind the play and Shir, Carpenter and the courageous Reece Toye wrested back some control of the midfield.

While Beams had been the architect of the second term onslaught, he was quieter in a forward role in the second half, and Aspley had their chances despite kicking into the breeze.

Lively left-footer Grayson McIvor did some good things in defence for Aspley and James Nelis took control of one wing, although top-up player Jackson Smith provided an excellent route to the forward line for the Lions on the other.

The margin was still within 16 points in the dying stages until the Lions booted two goals in the last three minutes of the quarter to put the game out reach.

Bryce Carroll, who had been handy in defence early, moved forward and provided a mobile target. He also took a spectacular mark in the goalsquare leaping high and sideways to hold onto a sensational grab.

“From our stats, we had the best stats in most areas but couldn’t get the ball through the goals often enough,” Evans said. “We made far too many skill errors but if at least we are competing well, we can fix the skill errors.”

The former Port Adelaide player agreed the last 12 minutes of the second term cost his side the game, although he would not use the injuries as an excuse.

“It had an impact on us but our concentration dropped off and unfortunately Cornelius kicked some special goals,” Evans said.

Lions coach Craig McRae was delighted with his young side’s response to losing players of their own and make the most of their opportunities.

“I’m really pleased – we’re starting to play a lot more of the brand of footy that we’d like to do,” he said.

“The game was ugly to start with because they had a lot of numbers back and it wasn’t working for us. In the second quarter we decided to lengthen the ground a little bit and play a little bit more one-on-one.

“Our midfield went to work and dominated that patch.”